Skip to Content
Jeff Probst on the premiere of Survivor Ghost Island. (Photo by Robert Voets/CBS)

When CBS officially announced Survivor Ghost Island’s cast a few weeks ago, they also lifted the embargo on stories about the show reported on location, and that includes interviews with host and executive producer Jeff Probst.

Several things stood out to me in their pieces, from major changes in the game—Jeff Probst is once again changing the game to benefit his beloved alpha males—to telling observations. I’ve gathered those here, followed by links to the story they come from for further reading. 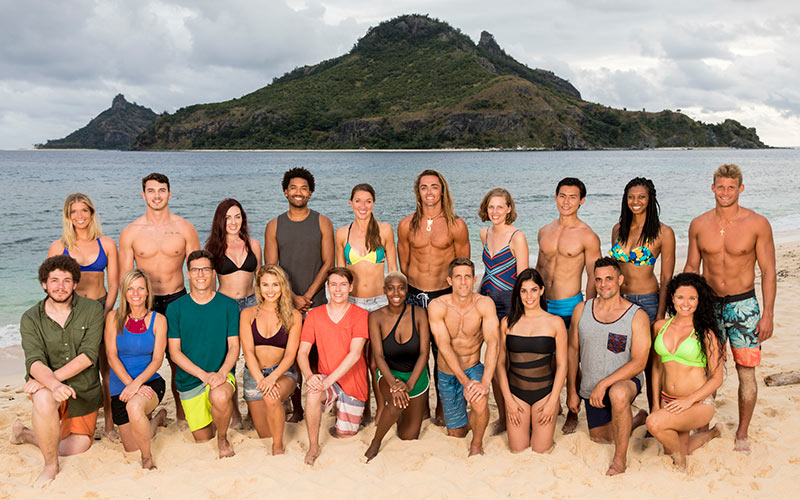 1. Last season’s final four twist was designed just to keep alpha males in (it worked), but Probst is still upset that “it’s been easy to get rid of a provider like an Ozzy or a Malcolm or a Culpepper.”

So he’s changed the game again in order to benefit those providers—and it’s worth noting that his examples are all men. Tribes will receive half the ration of rice they received before, so just one quarter of a cup per person, per day. (Xfinity)

2. The tribes will learn of this change via this note on the rice container. (Instagram)

3. The final four twist from last season remains, but the Ghost Island cast was told about it in advance by production, unlike the Heroes vs. Healers vs. Hustlers cast. That keeps viewers and the cast at the same level of knowledge about changes to the game. (EW)

4. There’s a new accountability chart and pen at each camp so the tribe can keep track of who does which chores. That’s also another way for Probst to make sure the tribes are reminded of the things he values. (Instagram)

5. The season starts with Probst again forcing tribes to choose a leader, who will potentially be an immediate target and story point based on their role during a complicated opening challenge. Here’s Wigler’s description of that challenge:

“The leader then picks one athlete and one person they deem the smartest on their tribe to represent the tribe in a challenge, involving an obstacle course and a table puzzle. The winning tribe receives a massive shelter building kit. The losing tribe loses their fishing gear, a crucial setback given the food situation this season. … However, there’s a twist: An hourglass is running throughout the puzzle portion of the challenge. The leader has access to a lever, which is connected to the table puzzle. The leader can choose to pull the lever, destroy the puzzle and forfeit the challenge in order to keep their fishing gear, but can only make this decision while the hourglass is still active. If they forfeit, the winning tribe will still get the shelter building kit, as well as an added bonus: flint for fire, and a healthy supply of eggs.” (Hollywood Reporter)

6. The first person to go to Ghost Island, Wigler reports, “will be sent there after the first immunity challenge, as selected by the winning tribe, and therefore safe from the first Tribal Council.” (Hollywood Reporter)

7. There are 82 advantage artifacts on Ghost Island; Probst wouldn’t tell Holmes what they were—and then CBS gave EW the full list. Not all of the 82 will be in play, however. (EW)

8. Ghost Island will hold another kind of twist. There is “something lurking at the summit of Ghost Island, though it has yet to manifest at this nascent stage of the season,” Josh Wigler reported. Production designer Dax Pointon told him, “There’s mystery and gameplays and twists that you have no idea about yet — and the contestants don’t know, either.” (Hollywood Reporter) 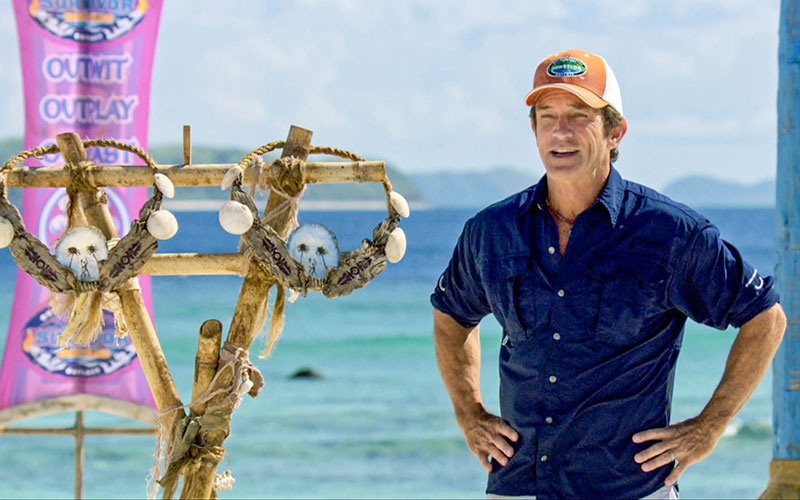 1. The name Ghost Island predated the actual season: “we had the name for six or seven years…and that was it. It just sounded cool,” Jeff Probst said. (Xfinity)

2. Probst keeps all the snuffers after each season as a souvenir, and he stores them in his garage. (Hollywood Reporter)

3. Probst uses “storytellers” as a synonym for “cast” or “players”:

“These are our 20 best people and they’re younger than normal, and they’re a more attractive cast than normal. Okay! That part wasn’t by design. I think fans know that, otherwise we would just cast models and bartenders all of the time. But I like this group a lot. I don’t think the audience is going to be disappointed with our choices of storytellers.” (Hollywood Reporter)

4. Gordon Holmes asked Probst this: “What’s the balance between ‘this is your game, go play it’ vs. ‘we’re giving you less rice to make providers more valuable?'” Here’s what Probst said:

“That’s a great question. I don’t think there’s a black or white answer. It’s completely arbitrary. It comes down to making a decision. We have a final four twist that we’re doing that we did last season, changing the game up. It’s no different from when we switched tribes for the first time in the third season or in the eleventh season where we had the first immunity idol. That goes back to what I was saying about you have to stay ahead of it. I say to CBS all the time, ‘Survivor is not going to limp into oblivion. We’re going to go down in a ball a fire.’ We’re going to continue to take big swings. It’s super risky to give them less food and for them to know if I have to come, I’m coming for the shelter.”  (Xfinity)

5. The best moment on Survivor Game Changers for Probst was Cirie getting voted out because so many advantages were played: Probst told Holmes that it was “the gift of that season.” (Xfinity)

6. He said something similar to Wigler:

“This won’t surprise people who hate me, but I thought the Cirie Tribal Council was not only fantastic, but it fulfilled the promise of the Survivor: Game Changers poster. For that season to really resonate, you need a Reservoir Dogs moment where everybody has their guns out. We didn’t know it would come about this way, but … the fact that Tai had two idols and decided to play both of them at a final six when he could have guaranteed himself a spot in the final four, nobody would have bet money on that. And the second he did it? It changed everything. I’m standing there going, ‘Oh, my God!’ I couldn’t even keep up with the math at first.” (Hollywood Reporter)