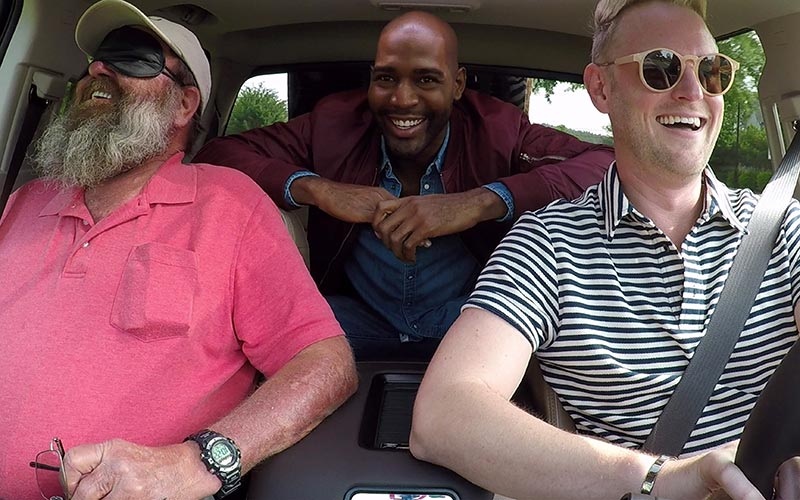 Two recommendations this week for some pop culture that drenched me in joy: the premiere of a classic reality series’ reboot, and a podcast that parodies true crime.

The new Queer Eye debuted this week on Netflix, and while I have watched just one episode so far, I can recommend it fully, and am eager to watch the rest. (Though with just eight episodes, I also want to stretch it out and make it last.)

That first episode, “You Can’t Fix Ugly,” is so delightfully, thoroughly charming.

It’s flawlessly cast, both the subject, affable dump truck driver Tom Jackson, and the new Fab Five, who have instant chemistry with each other and with Tom. They give him and his home quite succesful makeovers, but the show goes deeper than just surface-level changes.

I intend to review it fully after watching the other seven episodes, but that first episode is a must watch. It was the first TV I watched after 24 hours of writhing around with the joys of food poisoning, and it was exactly what I needed.

I laughed, I cried, I had a wonderful time for 47 minutes.

A Very Fatal Murder is a very worthy podcast

I laughed my way through all six episodes of the new podcast A Very Fatal Murder this week.

It’s from Onion Public Radio, which of course is not public radio at all, and mocks—gently and not-so-gently—the obsession with true-crime stories. Serial was inspired by reality TV, and its success meant inspiring a deluge of new true-crime podcasts and reality shows. There’s so much of a demand that a cable network rebranded to be just true crime.

Reported and narrated by “David Pascall,” it’s an investigation into the death of a Nebraska 17-year-old, Hayley Price, but since that’s fictional, it’s really an expose of true crime podcasts’ building blocks. And I was genuinely surprised by the conclusion. (My friend Gael Cooper interviewed its creators, though I’d recommend reading it after listening.)

The one thing A Perfect Murder doesn’t parody was true crime podcast bloat; the episodes are super-short, ranging from 8 to 14 minutes. My favorite part may be the advertisements, which acutely target both the products and the way podcast hosts pitch them.

Like the best parodies, though, it stands on its own, having created something new. I’m still humming the theme song.

But it is mostly just hilarious.