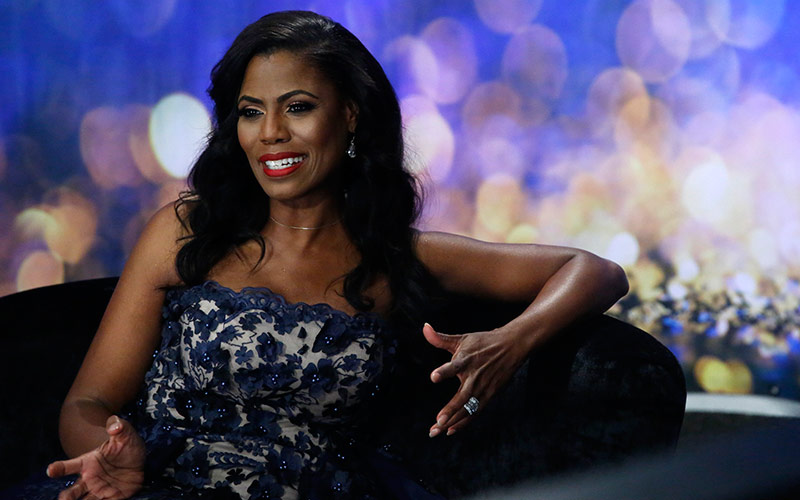 Omarosa has returned to the Celebrity Big Brother house after having been absent for most of the day, though no one is quite sure why. It appears related to something medical that occurred during or after an early morning head of household competition this morning.

When the live feeds came back online around 7:30 p.m. ET, Omarosa was back, Big Brother feed watcher Hamsterwatch reported.

Earlier, Hamsterwatch reported that, during the challenge, Omarosa “was hit, and she said she needed her inhaler (maybe related to hit/maybe not) – she went for it, and disappeared.”

The challenge was “dizzy spinny bowling,” and Marissa Jaret Winokur apparently beat Omarosa and perhaps accidentally hit her. Marissa said, “I put her in the hospital. She’s going to be okay.”

Marissa said that during a conversation with Ross Matthews; earlier, Ross asked, “Is she coming back?” and commented about her being away all night. Marissa brought up Christmas Abbott, who was on last season and voted from the hospital after foot surgery, and then returned to the game. “It doesn’t seem fair,” she added.

What actually happened, according to Sunday’s episode

Update (Sunday, 8:58 p.m. ET): The HOH competition, which was filmed late Friday night, was featured on Sunday’s episode. In the game, titled “Bowlerina,” the houseguests faced off head to head, trying to knock down four fake bowling pins at the end of an uphill ramp. First, they had to spin first to make themselves dizzy.

Omarosa and Marissa faced off in the first round, and Marissa beat Omarosa, but did not make contact with Omarosa. Immediately afterwards, Omarosa walked away.

In an interview filmed later, she told us, “At this point, it’s really, really difficult to breathe. I knew that I was in trouble with my asthma. … I knew I had to act fast or I was going to be in a lot of trouble.”

She went into the empty house and said, presumably to producers, “I think I need a nebulizer.” She started hitting the supply room door saying “medic, medic.”

Although there was a cliffhanger, the show returned to the competition and ignored Omarosa’s absence. Eventually, the editing included the houseguests commenting, in the Diary Room, wondering where she was. Almost every time someone said her name, they cut to a camera zooming in on her picture on the wall.

Oh, Big Brother: How clever to use someone’s well-being as a cliffhanger and letting the cast wonder and worry about her to create drama.

Eventually—it wasn’t clear how much time had elapsed, but it was enough time for there to be several strategy conversations about the possibility she wouldn’t return—new HOH Ross Matthews read a note from the producers:

“Omarosa has been taken to the hospital to be treated for an asthma attack. She is recovering and will be returning to the house prior to the nomination ceremony. The game will continue as normal.”