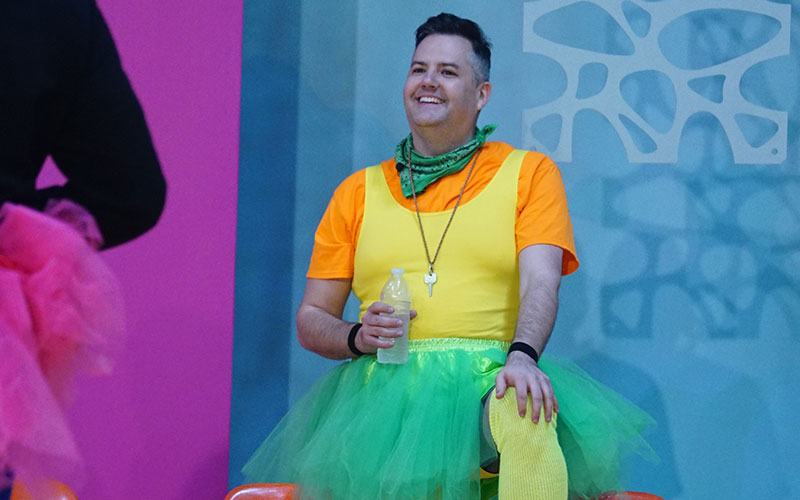 In a column about how the media’s response to Celebrity Big Brother and Omarosa’s content-free comments about her time in the White House, THR’s Dan Fienberg described Big Brother like this:

“CBS’ Big Brother is trash, but it’s sometimes wildly entertaining garbage provided you don’t dig too deeply and find out which of your favorite contestants, which of the contestants most aggressively embraced by the network, have said which repugnant things during that cesspool of time-wasting known as the live feeds.”

This is entirely accurate.

It also explains why Big Brother sometimes stumbles into better versions of itself but never changes, and even seems to get worse after being amazing. I used to think season six was the show at its ; now I think it was a fluke.

The problem with garbage is that it’s all together in the dumpster, and since it’s all on its way to the landfill or incinerator, who cares what’s there? None of it matters more than the rest; it’s all ending up in the same place, on television, squished into the exact same episode format, with the same musical cues.

This special season of Celebrity Big Brother, which ends tonight, has had its own nonsense, starting with Omarosa’s immunity—which, as presented by the production, was sketchier than anything Omarosa herself has ever done on a reality show.

Here’s the thing, though: Celebrity Big Brother has been a freakin’ delight, at least as a season of Big Brother.

A few of the reasons why:

Of course, none of these improvements will affect this summer’s edition, in the same way that Big Brother: OTT’s wonderful changes simply evaporated by the time the summer show returned. (That season broadcast its competitions on the live feeds, and while that would have made sense for this shortened edition, the live feeds have been the same as usual.)

The network gets the show that it wants, and the people who make the show are completely content delivering that, and no one is really invested in making it better because trash is trash is trash—and their fans are more than willing to accept whatever is dumped on their lawn.

Racism? Bullying? Violence? Bullshit twists?  Blatant manipulation? All sanitized for the TV version? Bring it on!

Sometimes, though, there’s something of value amid the crap, whether it’s season six’s twist or OTT or this season, an unexpected gift amid the usual detritus. And if we can’t have a better Big Brother, at least there’s that.