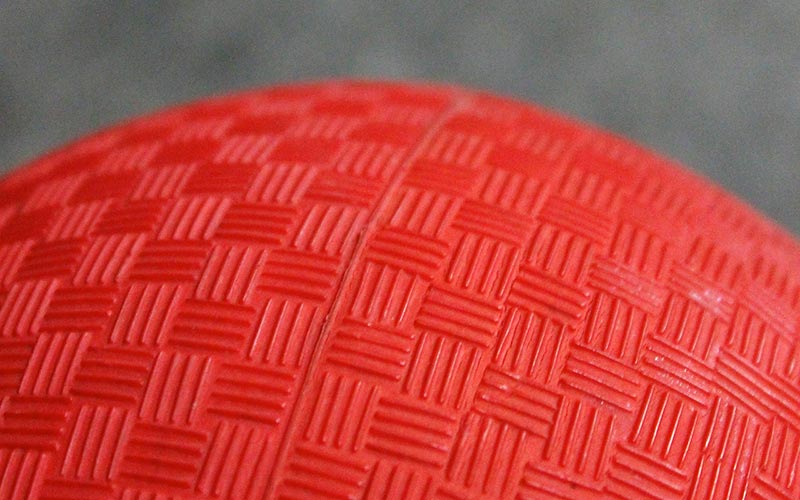 The show is called TKO, and Mark Burnett describes it as “an obstacle course meets dodgeball” that “will create amazing viral moments.” 10 episodes will air this summer.

“TKO features one player racing through daunting obstacles while the other contestants are manning battle stations along the course, firing over-the-top projectiles in an attempt to knock them off and slow them down. It’s a physical and funny ‘us versus them’ scenario, with the top two players advancing to the final showdown to face off for a cash prize.”

Ellen’s Game of Games has a game called “Scary Go Round.” One player tries to transfer large exercise balls from one side of an obstacle course to another, while another player fires dodge balls at them.   Ellen’s obstacles are primarily two large turntables, hence the game’s name.

Of course, many shows are derivative. And this will undoubtedly be bigger and with more varied obstacles—perhaps like those on Wipeout?—and sounds like it could be a lot of silly fun, just like Ellen’s Game of Games is.

But in the press release, Burnett implausibly claims that “TKO is unlike any other competition show on television.” Even Wipeout sometimes had people being hit with projectiles while they tried to navigate an obstacle course, so this is not exactly new, especially when a version of it is currently on television.

The release also says this is “an original format created by Steve Hughes and Sean Kelly of Shaggy Entertainment, Inc.” And there’s anything Burnett excels at, it’s taking other people’s formats and adapting them for mass American audience appeal—oh, and flying his ego flag to promote his shows.