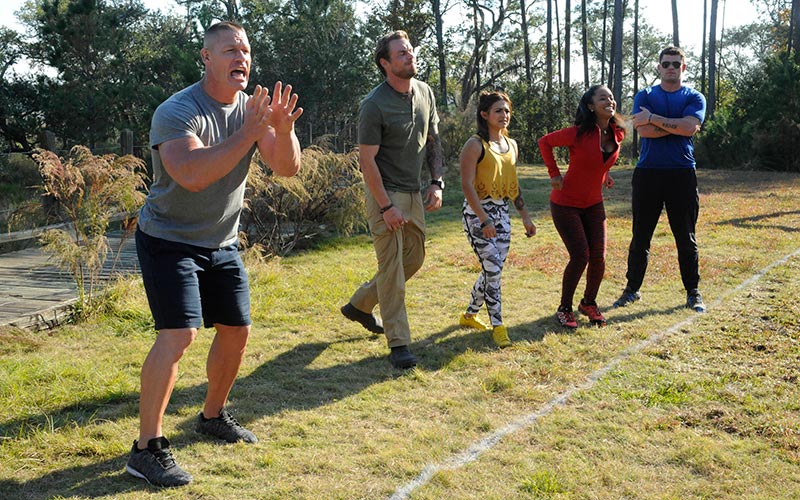 It’s time for another edition of Ask Andy, in which I, Andy, answer your questions, hence the title. Have a question? Let me know!

Will NBC go on more First Dates? Plus: NBC’s thoughts on The Bachelor

Is [NBC’s First Dates] ever coming back?? I loved it so much last summer! One of the only dating shows that actually felt “real.” Thanks! —Meredith

I loved it too, Meredith. Alas, it’s done for now. It was one of NBC’s lowest-rated shows last year, including when DVR ratings were factored in.

I asked NBC’s Paul Telegdy, the president of NBC Entertainment’s alternative and reality TV group, and he told me that they’ve “passed” on the show, but also said, “I’m very proud of it; not everything wins big” and “never say never for a show like that.”

“We pressed pause on that decision, because the answer is, not in the immediate future. I’m bummed,” he said, saying it was “a show that everyone really, really responded to. The producers of it put lots of love, care, and attention to it” and was “sweet but not noisy enough.”

“We had to the pass,” he confirmed, but noted that the format became popular internationally after NBC’s version aired. “The production company is lucky enough to have amazing tapes which they can show people. I’d be amazed if it doesn’t have another life,” he said.

Telegdy said he thought First Dates was a “thoughtful, kind dive into a genre that can stink a bit, and we wanted to do it on NBC’s brand which is always positive, real, and authentic.”

NBC realized that, because ABC’s “The Bachelor is such a big show—we’ve got to get a dating show.” But, Telegdy told me, “we realized that NBC’s audience, which has frankly never really accepted a set of contestants competing as a way that anyone could ever find love. I think that’s true of The Bachelor—I think the whole thing’s bullshit, hilarious fun, completely made up, made for television, totally inauthentic, down to the last frame that’s shot. And if you don’t understand that, that’s brilliant, that’s like when people watch the WWE or any of these things, and that does not work within the NBC brand.”

“But an authentic kind of show about love” was different, Telegdy told me. “I was watching the British version, I was over visiting family, and it was late at night, and I was jet lagged, and it came on. This is so sweet, such a kind show, doesn’t have a bad bone in its body. We’ve all been through that awkward experience to remember a few first dates, and for a whole generation of NBC viewers, it’s familiar territory. And [it was a fit] for NBC’s brand, which is all about heart and humor and humanity and courage—it’s a really brave thing to put yourself on a first date in a fairly unfiltered, very authentic way.”

You can still watch those unfiltered, authentic first dates: Amazon has all eight season-one episodes.

The fate of American Grit, and other reality shows

Hey Andy! I know the ratings weren’t spectacular, but I particularly enjoyed John Cena’s American Grit on Fox. I know you covered the show in depth for season 2. I haven’t heard a thing about a potential season 3. Is a season 3 in the cards or has the series rung out? Thanks! —Mike

I liked it, too, though season two didn’t quite deliver for me in the same way season one did.

I asked Fox, and a representative said they don’t have any news right now about its future.

That is not promising, but it’s not dissimilar to the fate of many reality TV shows, which don’t get cancelled in the same way that scripted shows do. A reality series typically films and wraps production before it airs, which means that, whether the season ends or is pulled, there’s nothing to cancel. It might not be renewed, or that’s not quite the same as cancellation, especially for a new show that’s just aired one season.

As NBC’s Paul Telegdy told me in the first answer, even though a network has passed on a show doesn’t mean it might not come back: on another network, or maybe even on the network that originaly passed.

Still, for American Grit, I’m doubtful it will return. Fox tried two seasons with two very different formats; neither worked in the ratings despite having John Cena, who’s not only John Cena, but also did a pretty damn good job hosting.

I think we’ve probably seen the last of it, but if you want to hold on to some hope, there’s a tiny thread of it to grab on to.