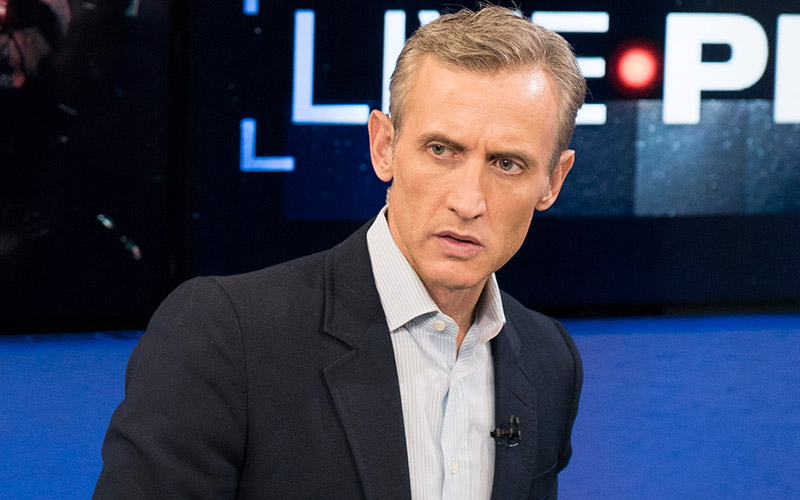 At TCA in early January, A&E executive Elaine Frontain Bryant said the network was “leading the reality revolution” in an era of too-much scripted television. “There’s enough fiction and drama in the world,” she added.

This is the kind of thing that would normally have me standing on the table, screaming, Yes! yes!

But instead my reaction was more like, mmmgah ugh no.

The network’s decision to switch to nonfiction-only programming resulted, she said, in “an incredible nine consecutive months of growth and have returned the network to the top 10” and made it “the fastest growing cable network.” (A version of this happened 13 years ago, too.)

I want to celebrate success, especially unscripted success. I genuinely like many A&E shows—from Hoarders to Scientology and the Aftermath, which made my best reality TV of 2017 list. Its shows focus on real people and groups that often don’t get prime-time attention, from high school students to people living with Down syndrome.

But Frontain Bryant also said this: “we were one of only four entertainment networks in the top 20 to grow in 2017, all on the backs of brave and truthful storytelling.”

It’s those last nine words that lose me and are also so revealing: brave and truthful is so self-righteous, prematurely indignant, and inaccurate all at once. And “on the backs of” is accurate, it just has the wrong antecedent. The real backs upon which the network has built its success: the humans who are the subjects of their shows.

The challenge of getting viewers to actively watch and love a show about a dry or charged subject is that those topics have to be filtered first. (Of course they do; all reality television is produced, and that doesn’t make it fake or scripted. But it does introduce a lot of variables and choices that affect what we see.)

People and issues trickle through the processes required to turn real life into entertainment, and come out looking quite different on the other side.

Yet in its marketing and in some of its shows, A&E pretends that its televised coffee is just a liquid that it found and is now pouring into the waiting mugs of Americans. By doing that, it ignores the beans—and the harvesting, roasting, and all the grinding it takes to turn it into gritty powder.

Let’s start with Generation KKK, a show that never aired, thanks to a PR crisis A&E created and then solved by declaring itself to be incompetent and/or lying. The network dumped the show by pretending it didn’t know that cast members were paid appearance fees—a standard practice, and in this era of impossibly tight budgets, something that any network absolutely would know about, and actually totally did know about in this case—and cancelled the show to cover for a swelling public relations crisis.

Whether the series was socially relevant art, powerful cinema vertie documentary, or trashgarbage, I don’t know (though a critic I trust said it was both “powerful and disturbing”).

But I do know that 1) A&E let the people who make its shows take the fall and 2) revealed what it was really up to in its initial release about the show, declaring that it was “a leader in thought-provoking programming.”

What seemed to matter most was its own reputation as a truth-teller, even though it was full of shit in this case.

And more importantly, too many of its shows provoke thoughts through trickery:

Its newest shows—60 Days In, Undercover High—have a fascinating way of pretending that the only way we can understand something is by having people lie and pretend they’re something they’re not.

They’re either obvious (Fit to Fat to Fit had trainers gain weight) or disturbingly disingenuous (the only way anyone could possibly understand _____ is to have adults pretend to be _____. Now fill in those blanks with “high school” and “kids.”)

These are all predicated on the assumption that it’s impossible to understand something unless there’s an outsider masquerading as a member of a community, which is as ridiculous as it is offensive.

It’s as equally ridiculous as the producer of Live P.D. insisting to me that the show is objective and neutral, refusing to admit that filming it from the perspective of police officers means it has a point of view. That law enforcement point of view is so obvious that experts sit in the studio and comment on the crimes of innocent-until-proven-guilty suspects.

And look: having a point of view is fine. But having one and pretending you don’t is like sitting on someone’s shoulders at a concert and telling everyone behind you that you’re just sitting in your seat.

The world needs more empathy and more connection between people, and I can imagine versions of all these shows that bring us into lives—of inmates, of cops, of high school students—and help us understand. And that is what happens on some shows. Born This Way is more produced than I care for, but at its core is a decent show that brings us into the lives of people with Down syndrome.

It’s also possible to have members of different communities connect and learn from each other without the pretense, without the lies.

Maybe, though, the gimmick is what’s necessary to sell the show: to the network and to the public. By its own proclamation, A&E seems to be proving that it knows how to get people engaged with its shows, which is why it continues to churn out some programs that overstate their relevance and understate their shenanigans.

But if they truly want to lead the unscripted revolution, perhaps reality would be a better place to start.