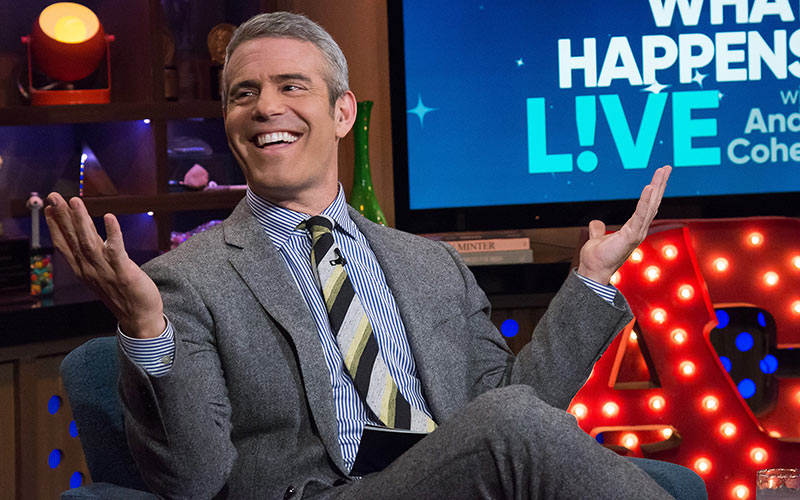 Andy Cohen on episode 14007 of Watch What Happens Live (Photo by: Charles Sykes/Bravo)

Any headlines and stories declaring the next Real Housewives series on Bravo would be set in Nashville are not accurate, according to Andy Cohen.

E! News quoted Andy Cohen from the Critics Choice Awards red carpet, where he said that he’d want a series to be set in Nashville, because “it’s a great city, and it has its own identity. There’s a lot of super rich people, and country superstars and music. It’s a great town.”

While E! News reported accurately that was just “which city he’d want for the next show,” Andy tweeted that others have misrepresented his comments:

“Reading misleading articles saying I ‘announced’ a new Housewives city. Someone asked where would be fun and I said Nashville. It was all hypothetical. Sorry!”

However, searching Google, Google News, Yahoo News, Twitter, and Bing, I could not find a single article saying Andy “announced” that.

The closest I could find is this Inquisitr story that has a somewhat inaccurate headline: “Andy Cohen Reveals What City Will Be Next For The ‘Real Housewives’ Franchise,” but the story is accurate, saying “he revealed his hopes for The Real Housewives of Nashville.”