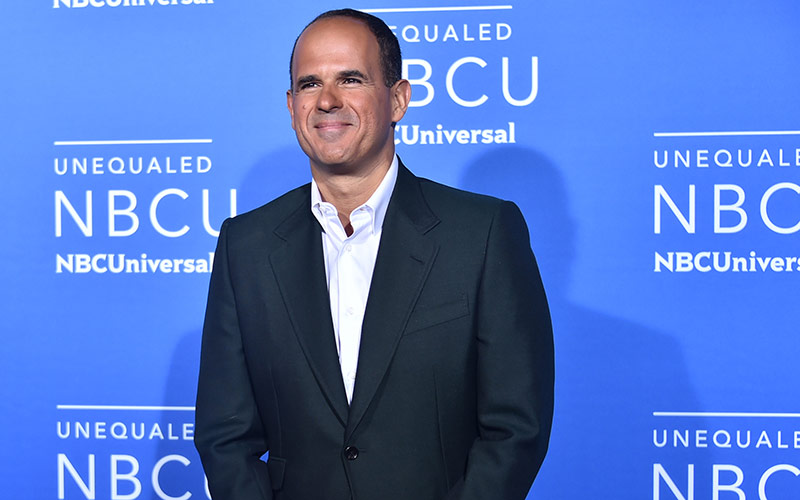 Marcus Lemonis at the NBCUniversal upfront in New York City on Monday, May 15, 2017. (Photo by Mike Coppola/NBCUniversal)

The Profit star Marcus Lemonis walked out of a business and potential deal mid-episode when one of the businesses co-owners admitted to acting like “a sexist, egotistical, racist pig on the radio.”

Challenged by Marcus about who might listen to that and find it funny, Ray Odom—who went by Crazy Ray on the radio station WRXQ 100.7 FM in Illinois—he argued that he was playing a character and said, “I’m going to say what every other man wants to say that doesn’t have the balls to do it.” (The second half of the sentence, “that doesn’t have…”, was said while the camera was elsewhere.)

During an interview, Marcus said, according to CNBC’s transcript, “I knew Ray had a side job and I thought it may be a distraction, but I didn’t realize that the focus of it was to demonize minorities and degrade women.”

He told Odom and Romines, “I am a big believer that you are who you do business with. And so the fact that you think I would do business with you because you do that, whether it’s your personality or not, I just can’t.”

“DJ Ray Odom, known as Crazy Ray on WRXQ, took part in a national television program. We do not condone the views he expressed in the program. The feelings portrayed are that of his own and not of Alpha Media or QRock. After an internal review, we have decided to cut ties. No further information is available at this time.”

For his part, Odom told the newspaper, “What I said got taken out of context completely. Now I don’t have a radio job over it.”

Marcus Lemonis has taken public stands against bigotry before. In 2015, he wrote on Facebook about legislation signed into law by then-Indiana governor Mike Pence that would have allowed businesses to refuse service to people based on their religious convictions. Pence later signed an amendment with “anti-discrimination safeguards.”

This was a more high-profile stand, though, considering it took place as part of an episode. That Marcus rejected racism and sexism isn’t a surprise, but it still ended up being a powerful message, even if it’s a bit of a suspicious episode.

I say that because Rayjus Outdoors seemed more like cannon fodder than an investible business, and I can’t imagine the producers not knowing about the content of Odom’s work as a DJ. But mostly I  couldn’t imagine Marcus investing in what he actually found.

I had not seen the promos that gave away that confrontation, and before the DJ information came to light, the business seemed like nothing much at all: a few women sewing, and a man who did art for t-shirts, but otherwise nothing special—just debt, no a/c for the women who were sewing away, and an inability of the company to make payroll.

The company was “on life-support,” according to its other owner, Justin Romines, who went out of his way to point out, on camera, that he was not okay with racist or sexist jokes.

So I was already curious how Marcus was going to structure a deal or squeeze out an entire episode. But what he got instead was an opportunity to make a statement.