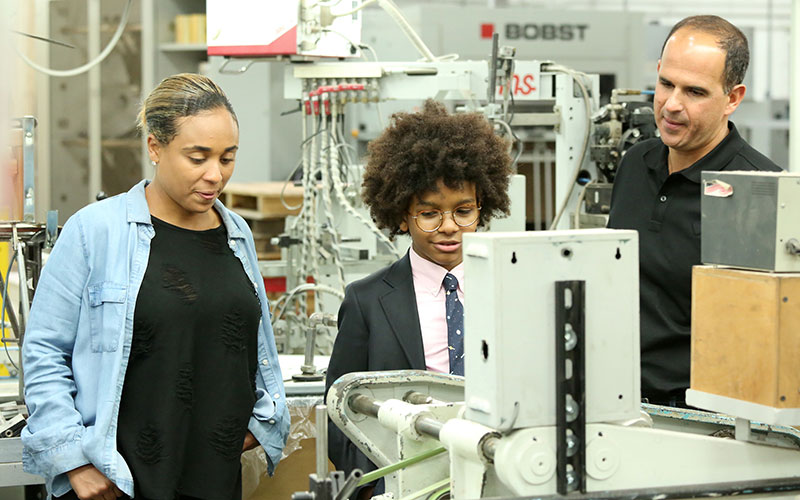 Late last year, I started highlighting something that I loved watching during the previous week, and I’m going to continue that feature, and play around with what it looks like.

These will be quick recommendations, a few sentences at the most, perhaps with a video preview or a clip. Sometimes, like with this recommendation, it might be a show that’s reality TV adjacent—or, as with the three recommendations here, not even a television show at all.

Mostly, I just want to recommend things to you in the way I would to a friend in a conversation—watch this, you’ll love it, here’s why.

I don’t yet have a name for this feature; maybe it doesn’t need a name, or maybe you have a clever idea for one (let me know in the comments or privately, please!).

My plan is to publish one of these each Friday, though perhaps at other times if there’s a more urgent recommendation, or I just can’t wait to share something with you.

Also on Fridays, by the way, I send out my hand-crafted newsletter, which catches you up on the week’s news and also includes occasional recommendations. If you haven’t already joined us, sign up with your e-mail address! It’s free, and you can leave any time, though I hope you’ll stay:

Two things I loved watching, one thing I loved listening to

Ellen’s Game of Games is like Double Dare but with the questions and physical challenges smashed together. I love a zany, ridiculous show where people have fun and laugh, and I can laugh too. (NBC, Tuesdays at 8)

The Profit. Season five has been particularly strong so far. I watched the Mr. Cory’s Cookies episode during the holidays and may have cried several times—not because Marcus Lemonis took a kid and his business seriously, but because of Cory’s mother’s self-doubt despite her tremendous success, with her kid and with his business. I haven’t yet watched the Puerto Rico documentary episode, but those of you who’ve seen it say it’s excellent, and it’s terrific Marcus and CNBC are using this platform to bring attention for our fellow Americans, who are still suffering months after the hurricane. (CNBC, Tuesdays at 10)

StartUp: StartUpBus is Road Rules plus Shark Tank: a five-episode trip on a bus whose passengers, all strangers to one another, were trying to create and pitch startups in just five days while riding on a bus. Reporter Eric Mennel goes along for the ride and returns to reality TV frequently to describe what this is like. But it’s his time with his fellow passengers that makes this such a compelling listen. (Gimlet Media, listen here)