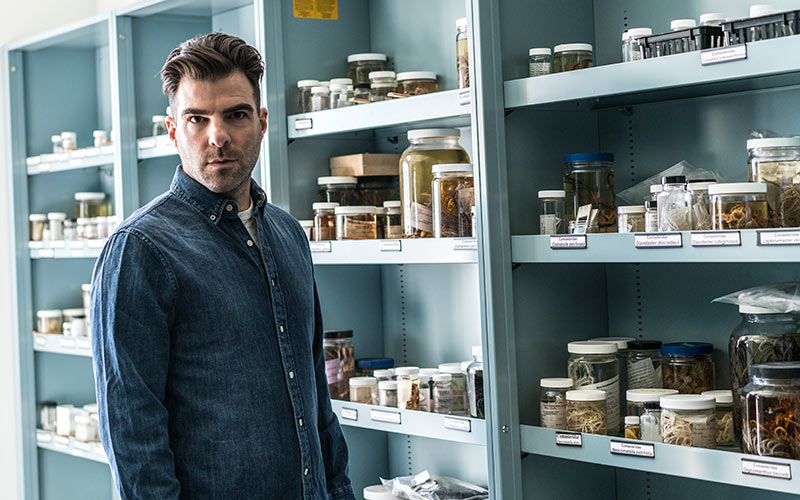 Zachary Quinto, host of History's reboot of the 1970s/1980s series In Search Of. (Photo by A+E Networks)

In Search Of, a TV show from the late 1970s and early 1980s that was hosted by both Rod Serling and Leonard Nimoy, is being rebooted again, this time with Zachary Quinto as host.

The series—which was also relaunched in 2002 on the Sci Fi Channel with host Mitch Pileggi—focuses on “unexplained phenomena from all over the world,” so it’s right in the History Channel’s Ancient Aliens wheelhouse. The network said “each episode will follow Quinto as he investigates a different subject within a dynamic theme—such as alien encounters, mysterious creatures, UFO sightings, time travel and artificial intelligence—and searches for the truth to some of the world’s greatest mysteries.”

Despite the paranormal as subject matter, History aims a bit higher, saying the show “will explore enigmas told through the eyes of witnesses and scholars with a personal connection to the phenomenon and include immersive demonstrations and experiments that contextualize each episode’s theme.” It also points out that “UFOs and paranormal mysteries remain relevant as the Pentagon recently acknowledged a secret UFO program which investigated sightings of UFOs.”

Quinto, who previously appeared on Starz’s The Chair, cited Nimoy, his friend and fellow Spock, in the press release:

“I am so excited to be reimagining In Search Of and exploring new questions and phenomena with all of the advancements in science and technology from which we have benefitted in the past forty years since the original series first aired. In the spirit of my late dear friend Leonard Nimoy, we intend to honor and perpetuate his endless curiosity about the world—and universe—in which we live.”