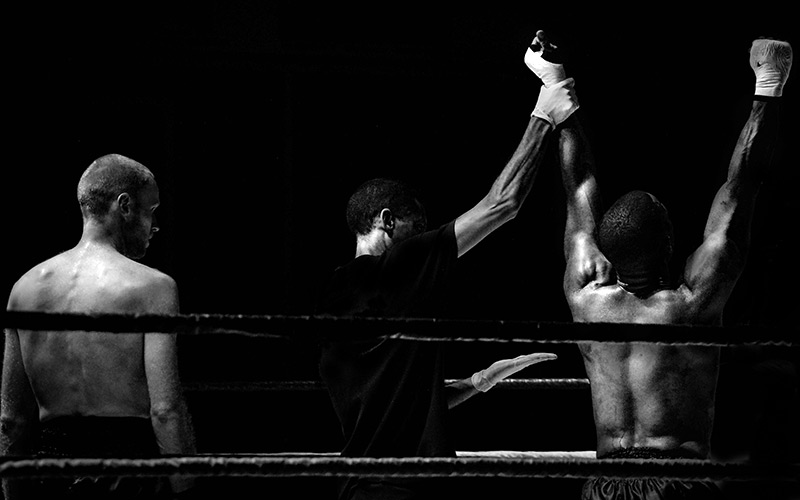 The Contender, the boxing competition that aired four seasons from 2005 to 2008, will return for a fifth season later this year, airing on EPIX and produced by Paramount and MGM Television.

The show comes from Mark Burnett and its executive producer and showrunner will be Eric Van Wagenen, who currently produces Lucha Underground and also worked on the earlier series as a producer.

The original series was hosted by Sugar Ray Leonard and Sylvester Stallone, who didn’t return for season two, and originally didn’t air fights in real time, but instead condensed and edited to make them more dramatic and cinematic—at least, as cinematic as men punching each other can be.

It lost viewers over its season—not helped by NBC’s weird scheduling—and then the show moved to ESPN for seasons two and three, and to Versus for season four.

“The upcoming series will feature 16 fighters in an elimination competition that will push their skills, strength and endurance to the limit. […] The boxers will be divided into two teams to train, each overseen by a renowned boxing coach who will act as mentor.  Over the course of the season, the competitors will live together, train together and fight each other in the ring, all vying to be become the ultimate Contender and take the winner’s six-figure purse.”

The coach/mentor has not been named.

In a press release, Burnett said, “Boxing belongs on premium pay television … We will tell stories of the fighters, the families and their difficult journeys in the emotionally compelling Contender style, so that viewers get to vicariously ‘walk a mile’ in the boxers shoes.”