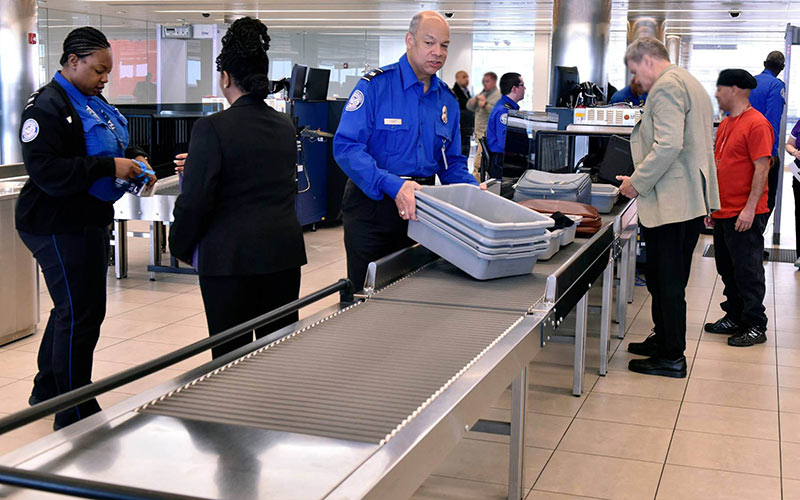 Nine members of the cast and crew of CNBC’s recently announced series Staten Island Hustle were arrested Thursday for a device in a carry-on bag. While a TSA representative called their actions “reckless, dangerous, uninformed and totally insensitive to the reality of the terror threat we face,” the production companies behind the show say it was simply a “misunderstanding.”

The TSA said in a press release that the device “included a motor, wires and PVC pipes, which are all indicators of an improvised explosive device such as a pipe bomb,” and noted that a “preliminary investigation” found that “others in the group covertly filmed” because “the group wanted to ascertain if they could get the item through the security checkpoint while filming themselves doing so. They failed, were caught by TSA and were arrested by Port Authority Police on multiple charges.”

The TSA has a photo of the device.

The production companies behind the show, Left Hook Media and Endemol Shine North America, offered this explanation in a statement:

“On January 18, some cast and crew members of an upcoming series, Staten Island Hustle, produced by Left Hook Media and Endemol Shine North America for air on CNBC Primetime, were detained at Newark Airport. The team was producing an episode about a new product, vacuum compression luggage, which allows travelers more room for clothing and has no other intended use. Unfortunately, there appears to have been a misunderstanding, and we regret any inconvenience to TSA and other authorities on the ground for complications that may have been caused.”

That’s plausible but still dumb. Why would the cast or crew need to film such luggage to go through security except to test whether or not it was stopped by the TSA? If you compressed your luggage with a vacuum, would you travel with that vacuum, if only because the vacuum itself would probably take up any space that you saved by vacuuming your clothes?

The New York Daily News reported, citing “sources with knowledge of the case,” that some in the group “admitted they wanted to record the Transportation Security Administration’s reactions when they found the ‘bomb.'”

The Staten Island Hustle cast and crew who were arrested

Nine people were arrested and “charged by Port Authority of New York and New Jersey police with creating a false public alarm, interference with transportation and conspiracy,” according to NJ.com.

Adolfo Lacola posted to Instagram last fall saying the show started filming Nov. 7, and also posted a photo taken in the Left Hook production offices. He later posted a photo of five men that he identified as “the whole cast,” and in another photo, identified the cast as “Tony D,Moose, Uncle Dom, Big Ron, and Professa”.