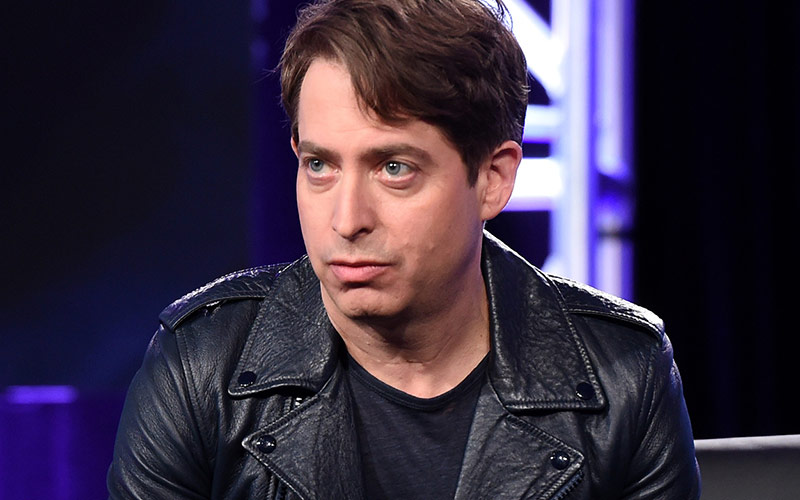 Charlie Walk, one of the judges of Fox’s The Four: Battle for Stardom, was fired today, though he will still appear on tomorrow night’s penultimate episode. That’s because it was filmed last week. (Update: Walk says he resigned from the show. His statement is below. I modified the headline to reflect the uncertainty in his exit, changing “fired” to “out.”)

Universal Music Group, which owns Republic Records, placed him on leave today after two former employees separately described his repeated sexual harassment at work. Fox’s firing followed, though the network has not publicly commented about his dismissal.

Deadline reports that “the details are being worked out of Walk’s exit from The Four and how it will be explained on-air.” The show’s prizes include mentorship by the four judges and a recording contract with Republic Records, which Walk runs.

“For a year I shuddered at the idea of being called into your office, where you would stealthily close the door and make lewd comments about my body and share your fantasies of having sex with me. I was 27. No previous experience had taught me what to do in such a situation. So I laughed it off, gently reminded you that you were married with children, and tried to change the subject. But you were relentless. You would instant message me throughout the day making sexual remarks. Truly vulgar words and ideas. Pervasively. You invited me to dinners that in hindsight I had no business being at, but you did it so that you could put your hand on my thigh under the table, every time inching it closer and closer to my sacred place. You did it so you could lean over and whisper disgusting things into my ear and I had to smile so that no one suspected anything. On multiple occasions your wife was sitting right across from us. And then there was that event at your swank pad when you actually cornered me and pushed me into your bedroom and onto your bed. The bed you shared with your wife… your wife who was in the room next door. You being drunk and me being 6 inches taller was my saving grace.

You promised me the world in my career. You told me I would be one of the top 30 music executives under 30. It’s what I wanted. Cloaked in power, you knew how to get me right where you wanted me. Under your control. Playing your sick games.”

After that, Fox told Variety, “We have only recently learned of these past allegations regarding Mr. Walk.  We are currently reviewing this matter and are committed to fostering a safe environment on all of our shows.”

In a statement, Walk said:

“It is very upsetting to learn of this untrue allegation made by someone who worked with me 15 years ago, without incident. There has never been a single HR claim against me at any time during my 25+ year career, spanning three major companies. I have consistently been a supporter of the women’s movement and this is the first time I have ever heard of this or any other allegation — and it is false.”

Today, Deadline reported that a marketing executive who works in the music industry came forward to say that Walk “sent her sexually explicit images and video via Snapchat and attempted to lure her into a Los Angeles hotel room. The exchange, she said, followed years of voyeuristic behavior and uncomfortable remarks made in front of colleagues at Republic Records.”

The woman, who hasn’t been identified by name but whose story was corroborated by a witness to the images he sent, told Deadline:

“I cannot believe Charlie’s claims that this story is false when I worked for him at Republic …  to many of the same patterns. executive. “I was not planning to share mine, but if it helps clear Tristan’s name (who I’ve never met) then I’m in. … Yes he is a person who does these things.”

Fox’s bio for Walk, who’s the only one of the four judges who is not a well-known person, says he “continues to redefine the role of a record executive in a rapidly changing business” whose “vision and hands-on guidance have been crucial to the rise of new, generation-defining superstars The Weeknd, Lorde and Ariana Grande.”

Update: Following media reports saying he’d been fired—or was in the process of being let go—from The Four, Walk issued this statement to Variety:

“Out of respect for the contestants, my fellow judges and everyone involved with the show, I have made the decision not to attend the finale of The Four. I do not want my presence to be a distraction. Needless to say this is very upsetting. Although I continue to support the ‘Me Too’ movement, there has been an extreme rush to judgment against me in this particular case which is unfair and inconsistent with anything that even actually happened. I welcome any investigation so that in short order these unfounded and hurtful accusations can be put to rest.”