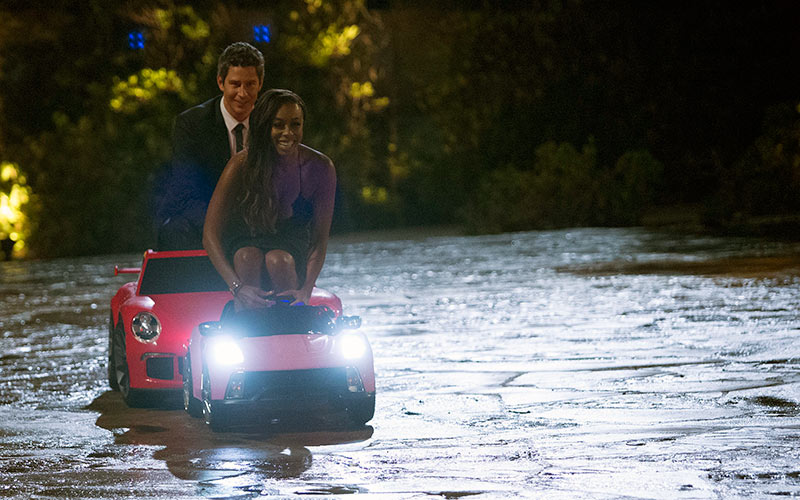 I’m not what you would call a member of Bachelor Nation, nor even a fan of The Bachelor or The Bachelorette: I find Chris Harrison’s narration and hosting to be smarminess drenched in insincerity; the show, through its production and editing, often reinforces toxic gender roles; and I’m still skeptical about the show’s response to what happened on Bachelor in Paradise, especially after it presented itself as the victim.

I can understand why some people would ignore the gender dynamics or find something charming about Chris Harrison. What’s surprised me most, however, is Bachelor fans’ tolerance for the show’s failure rate—particularly The Bachelor itself.

Six of the 13 Bachelorette couples are together, but only two of The Bachelor couples are still together if you count Jason and Molly, who managed to emerge intact from the wreckage of his season.

Sean and Catherine and their kid were on season 22’s premiere last night talking to new Bachelor Arie Luyendyk because they’re basically the only example that this particular process works. (I warmed to Arie significantly when he joked about Sean being dragged out to give advice to bachelors whose relationships don’t work out.)

The failures make sense: The bachelor spends limited amounts of time with many women over just a few weeks, and they’re always surrounded by a TV production and its many demands. They’re then pressured—by viewers’ expectations, by their own—into making a permanent commitment to each other. If they do decide they want to be together, they have to hide their relationship for several months, all while tons of people judge their every move.

So of course the relationships usually don’t last outside of the protective bubble of The Bachelor’s candle wax-scented fantasy. It seems like a miracle that any of them have survived this process.

Still, the question was on my mind on Monday before and during the show: Why watch? It’s all the same beats again. Chris Harrison’s promises are empty and the show’s teasers are outright fiction. UnReal has exposed how all of this is produced behind the scenes.

I can see tolerating all of that if something came out of it besides People magazine headlines. But why subject yourself to all that for something that is probably going nowhere?

Is the attraction the comfort of familiarity? Is it like playing the lottery, where the hope—hope that this will be the one, at long last!—is the fun part?

I don’t know. I imagine it’s different for every fan—especially because there are different types of fans for this show: those who buy into the romantic fantasy, and those who find all this to be rich territory for relentless mocking.

But thinking about that, here’s what occurred to me: Bachelor fans show up. They throw themselves into new seasons, reliably raising the show’s hashtag to the top of Twitter’s trending topics and, more importantly, keeping it as one of television’s top-rated shows.

Would Survivor fans like me show up if we learned that the $1 million check was torn up the next day? That’s not exactly an even comparison, but struggling to compare Survivor to The Bachelor made me realize that Survivor fans do similarly show up for the process, not the outcome. We’re there to watch how the game unfolds, and even if it ends with a disappointing winner, we’re back the next season.

So maybe this is what reality TV fans—what fans—do. There are fans of sports teams who show up season after season, wearing jerseys and buying tickets, even if their team does nothing but lose year after year.

I appreciate that. It’s worth noticing and emulating, whether it’s with The Bachelor or just in life.

In the premiere, Brittany T. invited Arie to a sort of mini-date, racing two toy cars that had been set up by the production. They drive, they laugh, and they just enjoy the ride, however ridiculous the car might be, even if there’s no destination.