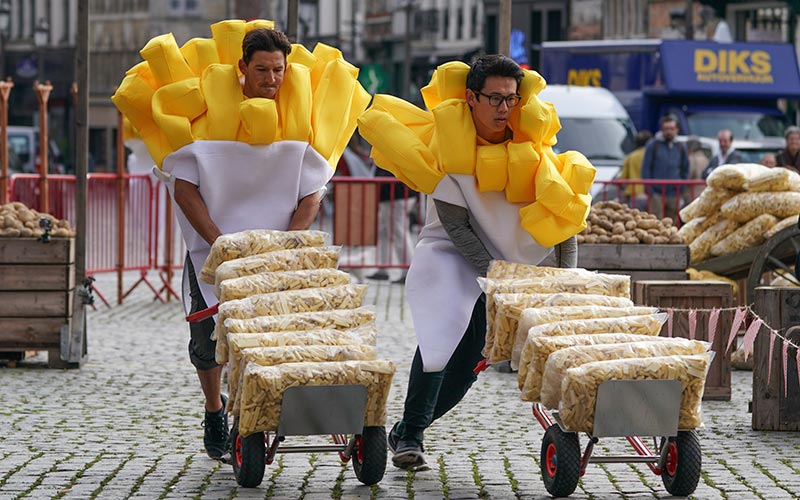 In its second episode, The Amazing Race 30 introduced a new way for teams to be eliminated: a head-to-head race that mashed together a challenge and the final race to the mat.

Two people, each from different teams, raced against each other through a small course. The winner was checked in and safe; the loser had to race against a member of the next team to arrive, even if that meant waiting around.

The losers are still losing a race, it’s just more of an artificially constructed race.

If The Amazing Race is going to change a key element, I supposed this is the way to do it: it’s still an actual race.

It did, however, have the effect of removing some tension. Because each race had to start from nothing, there was a kind of momentum reset each time, and some waiting around rather than breathless running and checking in.

And the last head-to-head race wasn’t close and thus wasn’t that dramatic.

Most mat arrivals aren’t that dramatic, either, but the editing makes us think the last two teams are right next to each other, even when there’s considerable distance.

This particular race—pushing a hand truck with bags of frozen fries—had the bonus of being a bit comical, since they were dressed in french fry costumes, with giant fries bouncing about their heads as they ran.

Perhaps the biggest change was that host Phil Keoghan became Jeff Probst, giving color commentary about the head-to-head race, though without the dickishness. That would be going too far.