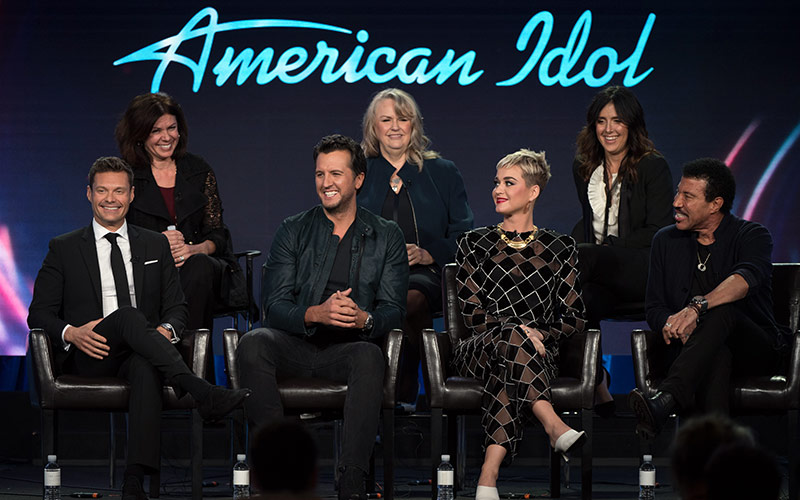 ABC’s new American Idol cast and producers appeared in front of the press Monday at the Television Critics Association winter press tour, and they offered some insight into this season’s logistics and their chemistry together.

What they didn’t give me, however, was a reason to care.

The new judges have some chemistry, and feel like an American Idol panel. The preview we were shown has the uplifting music and emotional clips from auditions. It looks like American Idol.

But I didn’t care about this when Idol went off the air two years ago, and I’m just not excited now, especially knowing Fremantle’s resistance to evolve the format.

Perhaps the show will surprise me and feel reinvigorated rather than reanimated. For now, here’s what we know.

“Literally, we are wasting our time if we do not find a star.”

No results shows, but 38 hours of American Idol

The format is not changing

That isn’t a surprise; Fox said it dropped Idol because it was too expensive and because Fremantle, the show’s production company, wasn’t willing to change. “The show, at its core, works in format and works in premise,” Seacrest said. “To change the show drastically in terms of format, I think, would be a mistake.”

“The biggest gift for me personally is being re-inspired by their raw dreams, their raw ambition, their hope. And to be, like, Oh, my gosh, I was there ten years ago. I had two cars repossessed. I had three labels drop me. I was couch surfing. I was eating Trader Joe’s frozen chicken nuggets every day of the week. I know exactly where you are. And we have this ability to give them this incredible journey. That’s what American Idol is.”

“We’re here to really find a star and, if someone isn’t a star, delicately help repurpose them on the path that’s going to be good for them.”

That should be a spin-off: Katy Perry Repurposes Idol Rejects.

Luke Bryan was moved by American Idol, when he was a kid and now

“I remember being inspired by it as a young musician, but the main thing with me is I remember when Carrie Underwood rolled into Nashville. It energized the whole city. And then even you look at Kellie Pickler, who still has a career in entertainment, and then you look at now Scotty McCreery is finally catching his stride as an artist.”

When Luke Bryan talked about starting out when American Idol was on the air, Lionel Richie said, “Let’s just talk about the fossil years: radio. I started out—and I’m loving it where they’re saying when they started—I started out with an antiquated thing called radio.”

Seacrest, who makes millions every year from radio, responded: “Hey!”

No one knows who won American Idol

The Hollywood Reporter’s Dan Fienberg asked the judges: “Can you name any of the last three American Idol winners, and what can you do to kind of reverse that trend and get the Idol winners back in the headlines?”

No one even tried.