Skip to Content
Categories Survivor Heroes vs. Healers vs. Hustlers

Why Survivors drew marbles for the loved ones reward challenge

Survivor Heroes vs. Healers vs. Hustlers gave its seven final contestants the chance to win time with their family members, and did so with a challenge that asked them to simply draw one of two marbles out of a bag. If the marbles matched, that pair stayed in the challenge; if they didn’t, the pair was eliminated.

Why did Survivor forgo its beautiful, signature challenge builds, complex puzzles, and frequently physical challenges and replace them with a random challenge—choosing marbles from a bag—that was, as I wrote in my recap, less interesting to watch than a coin toss?

There was a reason, though it was not because the challenge had to be replaced at the last minute because of weather or another external factor, which would have been understandable. (I’d absolutely rather the production do a marble draw than, say, run a challenge in extreme heat.)

It wasn’t because of a limited budget, or the physical limitations of the loved ones who were also participating.

Instead, the reason was time.

The production didn’t want to use up time with loved ones competing in a challenge so they could have more time “for the actual love,” as host and showrunner Jeff Probst said, and he was not kidding.

“This originated from a simple problem of too much story and not enough time in the episode. We only have 43 minutes in a one-hour episode. You have to carefully allocate where the time goes. We wanted to involve the loved ones but we didn’t want it to take as long as a full-on challenge because we wanted to have plenty of time for the actual love. So our challenge department came up with a simple game of chance. We were very happy with how it played and surprisingly it actually bonded all the players as they were ‘willing’ their loved one to grab the right marble.”

I’m truly surprised that they were happy with the challenge. It did produce a minor dramatic moment when the final two were Ben and Chrissy, who we’d just established are are former friends and mortal enemies. But Chrissy’s choices didn’t really seem to matter at all.

The production was so very worried about not having enough time that they sacrificed their creative? That’s especially weird because so much of what may or may not take time was unknown at the time the challenge was planned and occurred. What if Tribal Council wasn’t interesting, or if there were few interesting moments at camp, which has been happening a lot all season? We would have then had to deal with a lot of filler.

Then again, a concern for time has been affecting Survivor’s creative for years: ever since it stopped showing the full theme song and credits in order to reclaim a few seconds.

So how much time was saved?

It took about nine minutes for all the family member reunions and sexist commentary. The challenge itself took  about three minutes and 30 seconds, from the time Probst explained the rules of the challenge to Chrissy’s win.

They couldn’t spare another 2.5 minutes to have a decent challenge? Or figure out a better way to use 3.5 minutes? That’s about the length of the Grand Prize Game, and watching the contestants and their loved ones throw ping-pong balls into buckets would have been significantly more entertaining.

Including Chrissy’s picks, which lasted for another two minutes or so, the entire segment took about 15 minutes, so I understand that it’s a lot more than double the usual reward challenge time.

Still, if the show is truly that worried about time, and “wanted to have plenty of time for the actual love,” as Probst said, why not just let everyone hang out with their loved ones and forgo the entire challenge part? 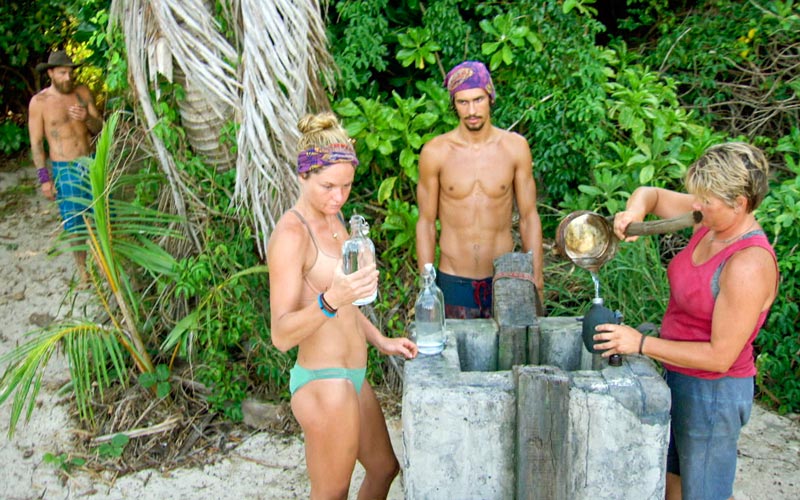 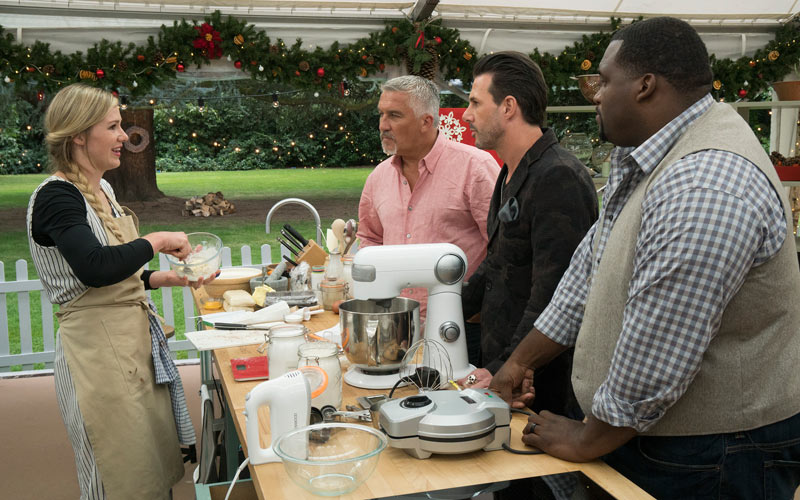 Next
What I loved watching this week: The Great American Baking Show
Click here to cancel reply.