Skip to Content
Jeff Probst during Tribal Council during episode 13 of Survivor 35. (Image by CBS)

A company that casts seat fillers has sent a casting request for fans to fill seats during the Survivor Heroes vs. Healers vs. Hustlers live finale and reunion, and is looking for several specific fans, including some who may be interviewed by Jeff Probst on Wednesday’s live reunion.

The company, Seatfillersandmore.com, sent messages to people on its list today that says “Producers of the show are looking for some very special fans who have strong opinions on certain subjects, and it just might get you on the finale and tickets to the show.”

In other words: The interviews Jeff Probst does on Wednesday’s finale won’t be spontaneous conversations with audience members, but with carefully cast people—fans who meet very specific criteria.

That criteria is specific, curious, and frustrating, as the show is defining very narrow types of people and presenting them to the public as fans of the final five.

I wonder how much of this is a window into actual Survivor casting—how the show pieces together a cast based on who they think might watch or like a cast member. Was Chrissy, for example, cast to get mothers to watch?Was Mike cast to draw “older” viewers, people as ancient as 45?

The 7 types of fans Survivor wants for the reunion 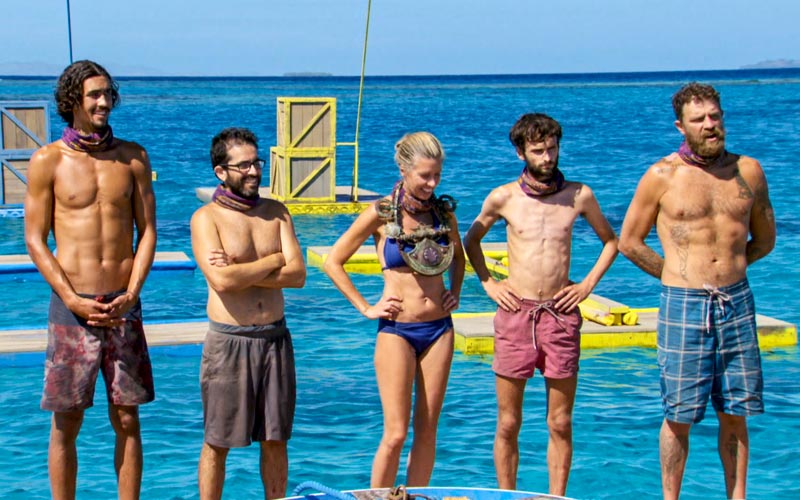 The final five on Survivor Heroes vs. Healers vs. Hustlers: Devon Pinto, Mike Zahalsky, Chrissy Hofbeck, Ryan Ulrich and Ben Driebergen on the finale of SURVIVOR 35, themed (Image by CBS)

There are no public tickets available for Survivor’s live finale and reunion. That makes this kind of casting opportunity the most accessible way to get tickets for people who aren’t connected to the network, the production, or one of the cast members.

SeatFillers and More, which says on its web site that it “is dedicated to allowing you entry in to some of Hollywood’s Biggest and Most Exclusive Events,” detailed the types of fans it wanted in its e-mail request. (Multiple people who received the message, which is signed by the “Survivor Audience Department,” forwarded it to me.)

Those who meet the criteria are asked to contact one of the company’s producers—and send a photo.

Here are the people producers want for the Survivor Heroes vs. Healers vs. Hustlers finale:

* We are looking for a kid who is a Survivor super fan!  Someone who might be comfortable on TV talking to Jeff Probst during the show! Someone between the ages of 10-16.  Boy or girl.

* We are looking for an adult super fan of the GAME of Survivor… a male or female or family who has been watching every season and loves how the game keeps evolving, shifting and getting better every year. Someone who really understands the ins and outs of the game and studies every play, every move – and respects the castaways who are out there to PLAY hard!

* We are looking for fans of the final five!  People who are rooting for their favorite player….

If you love Devon because he’s been the kind of player you can see yourself being? Or because he’s been so good at the social game? Or do you think he’s especially dreamy?  Do you have a great question for Devon you’d love to ask?

If you love Mike because he’s come so far despite the odds. Because he loves the game so much and reminds you of yourself in some way?  Why are you rooting for him? Do you have a great question for Mike you’d love to ask him?

If you love Ben because he’s been so good at finding idols and keeping secrets, at sharing his story about his struggles with PTSD? Have you served in the military and he’s making you proud? Why are you rooting for him?Do you have a question for Ben you’d love to ask him?

**We are looking for super fans  – younger males and females – between 16-30 who love Ryan.

Does Ryan remind you of yourself in some way?  If you love Ryan because he’s such a good talker, and has formed alliances that have gotten him to the final five? Why are you rooting for him? Do you have a question for Ryan you’d love to ask him?

**We are looking for moms between 40-50 who love Chrissy

If you love Chrissy because she’s like you, a mom in her in her 40s who believes it’s never to late to follow your dreams. Has she inspired you to keep on dreaming, and proven that you’re never to old to kick some butt!  Why are you rooting for her? Do you have a great question for her you’d love to ask?”