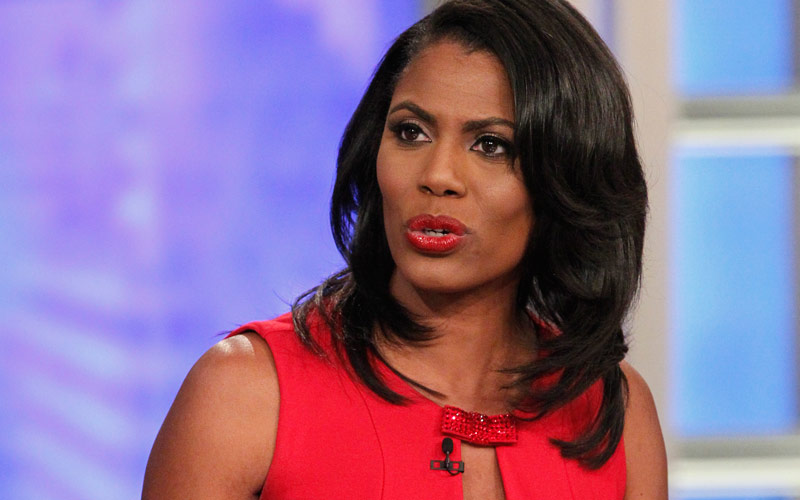 Omarosa Manigault on The View Jan. 27, 2017, shortly after she began work in Donald Trump's White House. (Photo by Lou Rocco/ABC)

Omarosa Manigault Newman resigned and/or was fired this week from Donald Trump’s White House, exiting her $179,700 a year job—a role that not even she could explain.

Omarosa was the assistant to the president and director of communications for the Office of Public Liaison, according to public White House documents, which revealed she was one of six women and the only African-American person to be paid at the highest level.

She will continue to be paid until Jan. 20, 2018, the one year anniversary of Donald Trump’s swearing in as president of the United States of America.

Omarosa’s exit from The White House: a timeline

How Omarosa got to the White House: a timeline in reverse