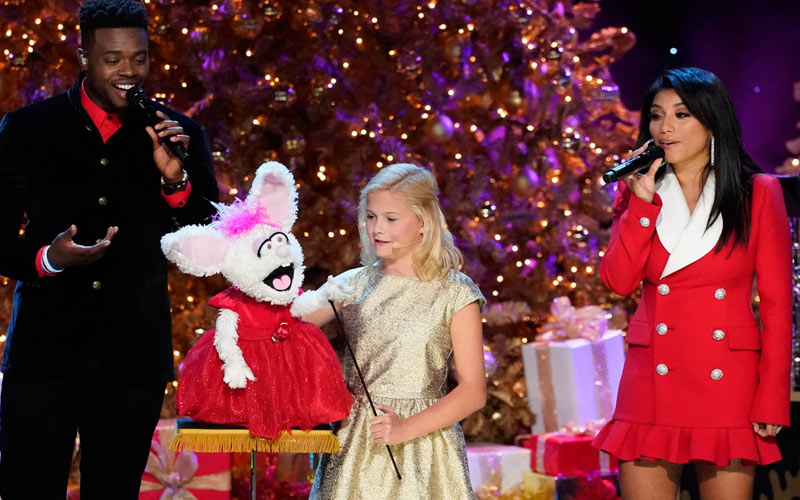 Good Monday morning. I hope you had a terrific Thanksgiving and weekend, celebrating gratitude, family, friends, and good food while remembering the holiday’s origin story is really a lie.

I also hope you were able to avoid being trampled by your fellow humans while shopping for deals.

Speaking of deals: Happy Cyber Monday, if that’s still a thing now that the consumerism has spread to cover the entire week.

If you happen to be doing any shopping on Amazon today (or ever), you can help support reality blurred by starting your shopping with this link. I’ll get a few cents for referring you, and nothing changes for you.

And Amazon has a bunch of reality show seasons on sale, including Project Runway, Born This Way, Dance Moms, Brain Games, Little Women: LA, and more.

For shows that are currently airing, read on for highlights from the week ahead.

Survivor no longer airs the Thanksgiving clip show, and is giving us a post-Thanksgiving gift: two full episodes. Wednesday’s episode of Survivor Heroes vs. Healers vs. Hustlers is titled “Buy One, Get One Free,” and that’s a clever title because it’s actually two back-to-back, hour-long episodes (CBS, Wednesday, 8 to 10 p.m.).

Tonight, MTV will see if there’s any appetite left for a reality show full of drinking and debauchery without competitions, as they revive the Jersey Shore format with Floribama Shore (MTV, Nov. 27, Mondays at 10). It follows eight people partying in Florida, and if you’re the audience for this show, you’re probably not reading words about it

Also tonight, Fashion Police ends its mockery of celebrities’ clothing forever. The show started in 1995 and starred Joan Rivers, who died in 2014. Her daughter, Melissa Rivers, will host the final episode (E!, Monday, Nov. 27, at 8 p.m.) along with NeNe Leakes, Margaret Cho, Giuliana Rancic, and Brad Goreski, and E! says it will include “insider scoop from the cast and crew” and “never-before-seen footage … including an unaired 80’s themed episode with Joan and the gang.”

A few shows will start new seasons this week (see the full debut calendar), including The Menendez Murders: Erik Tells All (A&E, Nov. 30, Thursdays at 10), on which Erik Menendez talks about killing his parents.

Two specials and a documentary

Two documentaries and two one-off specials worth checking out this week: