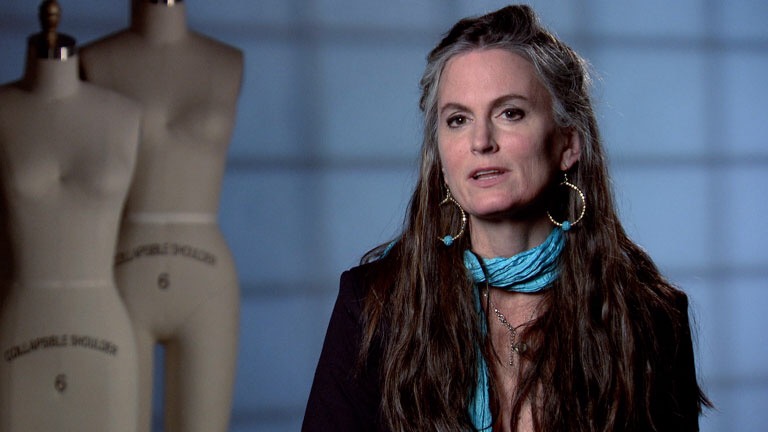 Her obituary, published today in the Washington Post, and which also lists her name as Anne Pepper Stewart, says she “died peacefully on November 12, 2017, surrounded by her loving family,” but does not give a cause of death.

Wendy placed third in the first season of Project Runway, which became a sleeper hit for Bravo, and was the center of some drama, especially when someone defaced a picture of her daughter.

She also appeared on the second season of Lifetime’s Project Runway All Stars, and was eliminated second.

The obituary’s bio of Wendy includes her time on season one of the then-Bravo fashion design series among her other work:

Wendy was a graduate of the Potomac School, the Madeira School, and the University of Washington. She was an artist who proudly forged her own path in life. A finalist on season one of Project Runway, Wendy designed and hand-sewed exceptionally beautiful clothes for children and adults. She was a chef, a writer, and a life-long entrepreneur. Her wit and humor were unmatched, as was her generosity of spirit.