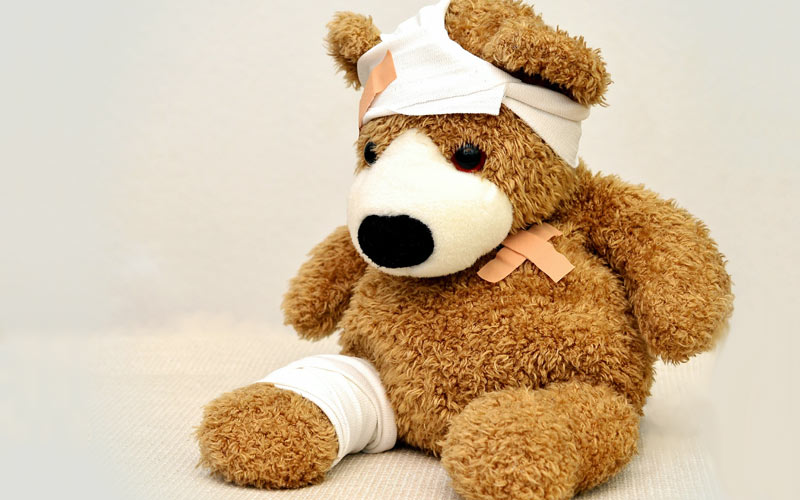 No teddy bears were harmed in the making of this stock image. (Photo by Conger Design/Pixabay)

That show was essentially a version of another hit competition, American Ninja Warrior, with international competitors and hosts. (Read my season-one review of Ultimate Beastmaster.)

For its next reality competition, the streaming service is producing a show originally called Chicken that’s now being referred to as Flinch, though that’s still a working title, as it hasn’t yet gone into production.

Here’s how Deadline describes it:

“…a number of brave and crazy contestants attempt to withstand pain and discomfort in a series of hilarious games designed to make them scared. Three celebrity hosts bet on which contestant can withstand the most pain, and the losing host faces the same fate in their very own game of chicken.”

I loved Wipeout (one of the two shows, along with Jackass, that Deadline compares this to). But Wipeout was amusing because the course was designed to make the contestants wipe out and protect them, not cause them pain.

The added element of someone betting on who can tolerate pain seems particularly mean-spirited.

Of course, this is a summary of a description, so perhaps the show itself will be much different. But this doesn’t exactly get me excited, nor does it suggest that Netflix is trying anything new in the competition space.

In their documentary series, whether it’s true crime or food or fly-on-the-wall observation, Netflix has set a standard that the rest of reality television is following. With their competitions, they seem to be following—and with this one, it’s like they’re following Fox in 2002.