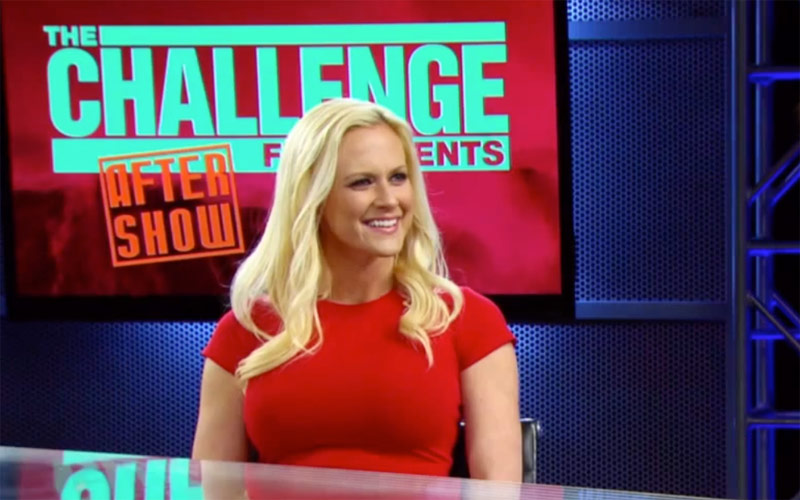 In 2014, former Road Rules and The Challenge cast member Susie Meister wrote about the abusive, misogynistic culture that existed and was encouraged by the show’s production.

To my knowledge, MTV never responded.

Both of those came before The New York Times’ reporting on Harvey Weinstein’s serial sexual harassment, which has led to a cascade of reporting and revelations, as women—and some men—told their stories of sexual harassment and assault at work in Hollywood and elsewhere. Just this morning, Matt Lauer was fired from NBC News for “inappropriate sexual behavior in the workplace.”

In a new essay, Susie writes that “victims’ feelings of guilt, shame and frustration ring true for me as well,” adding “I am intimately familiar with the choice these people were forced to make between keeping the peace (and their careers) and standing up to a system where boys-being-boys meant men being abusive.”

She details that abuse:

“Women on ‘The Challenge’ are routinely subjected to sexual aggression, unwelcome nudity and unwanted touching by their male cast mates. I certainly was, but complainers are reminded that if you don’t like it, there is a long line of people who would gladly take your place in the house.”

“On set (which is also our house), male cast members walk around naked, pull off bikini tops and critique the women’s bodies. However, objecting to the mistreatment is seen as a betrayal of an unspoken agreement.”

She explains why she returned to that environment—an environment where the set was both their workplace and the cast’s home for their time on the show.

Here are two excerpts about that:

“I spent fifteen years in the cycle of shows, tolerating what can only be described as a hostile work environment in the name of entertainment and convincing myself this was the price of making it in show business. I wanted to be a star, or at least a semi-star, and the price of semi-stardom was complicity.”

“I tolerated behavior I wouldn’t normally because it grew subtly over time. Reality television producers have been forced to up the ante to continuously provide increasingly scandalous content, which worsened the conditions for the cast over the years. The longer I participated, the more toxic behavior and egregious practices I endured. And instead of being punished for their transgressions, male cast members, in particular, reaped rewards.”

And then ask: Will MTV respond any differently now? Will Bunim-Murray? Will fans?