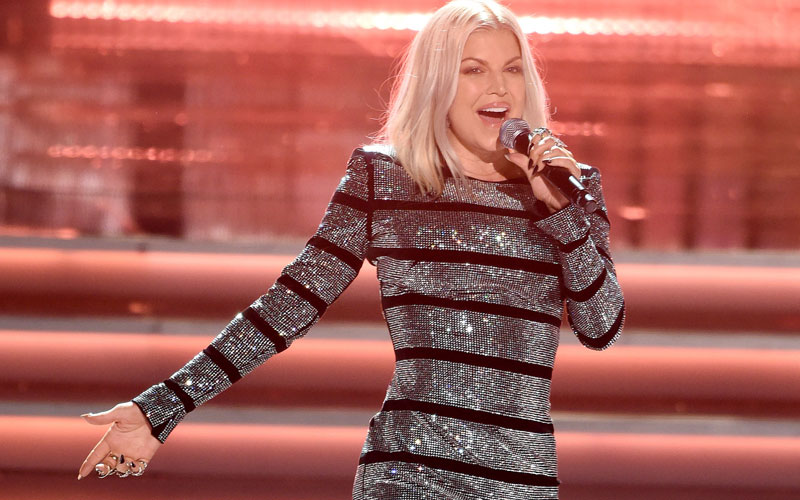 Fergie performing during the Miss Universe pageant on Nov. 26, 2017, in Las Vegas. (Photo by Frank Micelotta/FoxPictureGroup)

The Four: Battle for Stardom has an intriguing premise: it starts with the final four, who will then be challenged by new contestants. There are no audition episodes. The entire season will be just six episodes, and there are four very talented people as its host and judges.

All of this is very promising. But just try to hold on to any anticipation while you read this next paragraph:

The Four will also be “one of the most important, if not the most important events on television and pop culture” that’s “committed to identifying and breaking the next generation of superstars,” which “will revolutionize the format” and “set the standard for the next generation of singing competition series on TV” as it awards “the ultimate prize” to its “breakout star.”

That’s a lot of promises for a show that’s still casting.

Those promises come from two press releases, and mostly come from quotations attributed to the show’s host and panel of judges.

For example, the show’s host, Fergie, of The Black Eyed Peas, was announced today, and here’s how she described the series in the press release:

“This is a unique and modern show format that I believe will set the standard for the next generation of singing competition series on TV. I am looking forward to being by the contestants’ sides during what could be the most important performances of their lives. Along with these amazing panelists whom I know and love, I hope my experiences as a solo artist and as a member of The Black Eyed Peas can help guide them in their quest to make it in the music industry.”

The bold emphasis is mine, as it is in the following quotes.

They were mostly as effusive. Here’s Diddy:

“This show is going to disrupt the world of competition television and will revolutionize the format. It took the right show and network to bring me back in the game. We plan on being the best talent show out there, taking it to that next level and making history again. This series is about pure competition, fighting for your survival. Do you want to win? Do you want to be great? We’re giving fans a genuine look at what it takes to make it to the top and stay there—surrounding these up-and-coming artists with the best, turning them into the next generation of stars.”

“I’m proud to announce that I will be participating in one of the most important, if not the most important events on television and pop culture. It’s a one-of-a-kind experience that will showcase the best of the new generation of musical geniuses. When you come from where I come from, you know just how hard it is to turn your dreams into a reality. It’s a long road to the journey of success. I’ve spent my career discovering amazing talent and working with the biggest icons from every corner of the globe and now I’m bringing my one-of-a-kind approach to FOX. I immediately jumped at the opportunity when I realized FOX shared the same vision as me, and that’s to be the best!!! If you think you have what it takes to become the next icon, trust me, DJ Khaled is the one that will let you know. So be prepared for a new era of television. All I know is how to win…more!!! FOX x DJ Khaled…be ready!!!”

Usually I think press release quotes weren’t things actually said or written by the person they’re attributed to, but the second half of that quote, never mind those exclamation points, suggest otherwise.

By comparison to Diddy and DJ Khaled, Meghan Trainor is practically morose:

“When FOX asked me to be a part of this new series, without hesitation, my answer was…YES! I know firsthand what it’s like to be thrown into the music industry head first, as an artist and a songwriter. I also know what it takes to hang on for the ride. I’m so humbled to help discover new talent with this amazing panel of experts.”

The Four may turn out to be a great show, and I certainly love the idea of a six-episode series. But all of this is setting a comically high bar that it will attempt to leap over in January.