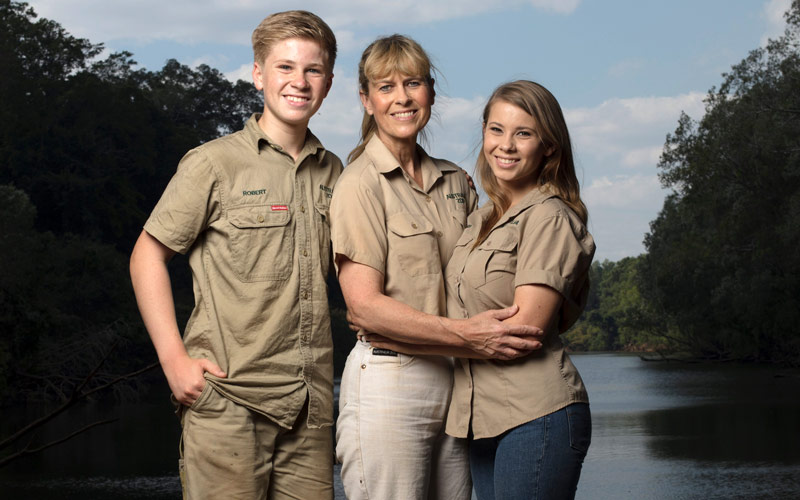 MTV is returning to its reality TV roots, TLC has resurrected Trading Spaces, and now Animal Planet is reaching even further back by bringing the family of Crocodile Hunter Steve Irwin—an early reality TV star—back to the network.

Terri Irwin, and her kids Bindi, 19, and Robert, 13, who appeared on the 1996 to 2007 series, will now be developing—and presumably starring in—shows for Animal Planet.

No specific series, or even types of shows, were announced. Instead, Discovery said in a press release that “Animal Planet will work together with the Irwin family to develop and produce the television projects that will bring them back to Animal Planet across the network’s platforms” and they “will also serve as global ambassadors for Discovery Communications.”

Besides appearing on their parents’ show, the Irwin kids have had their own television jobs: Bindi won Dancing with the Stars two years ago, and also had her own show, Bindi, the Jungle Girl, in 2009, while Robert has appeared on Jimmy Fallon’s Tonight Show and co-hosted a Discovery Kids series.

Their father, Steve, died in 2006 while filming a documentary. His name was prominent in another Animal Planet reality TV series, Whale Wars, as Sea Shepherd’s flagship was named for him after his death.

Discovery’s press release highlighted what the family has been doing recently:

“Terri is a passionate wildlife spokesperson and conservation icon around the world. She actively speaks out and supports conservation issues, including the Steve Irwin Wildlife Reserve, a 135,000-hectare property in Cape York dedicated to Steve. In 2015, Terri won the Award for Excellence in Women’s Leadership in Queensland and received an honorary Doctor of Science degree from The University of Queensland in recognition of her outstanding contributions to conservation and environmental management efforts.

[…] The entire Irwin family strives to make Queensland, Australia-based Australia Zoo, a global zoological destination and leader in conservation relating to both wildlife and their habitat, the biggest and best wildlife conservation facility. Australia Zoo Wildlife Warriors was established in 2002, initially by Steve and Terri, as a way to include and involve other caring people to support the protection of injured, threatened or endangered wildlife – from the individual animal to an entire species. Terri remains involved as the patron of Australia Zoo Wildlife Warriors which runs the busiest wildlife hospital of its kind in the world which has treated almost 72,000 animals in the 12 years the hospital has been open. Additionally, the Irwin family continues the important work of Steve Irwin, through research, educational programs, conservation projects, and much more.”