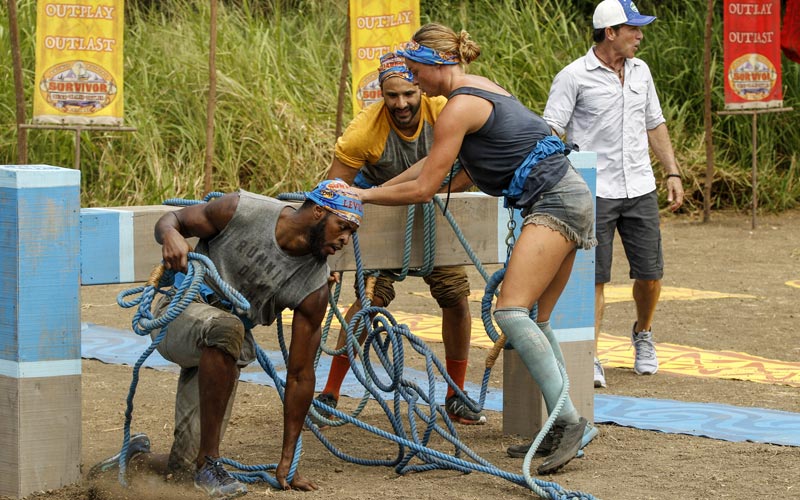 This entire season of Survivor Heroes vs. Healers vs. Hustlers so far can be summed up in this one image, posted to Imgur last night by Reddit user GarlicWario: 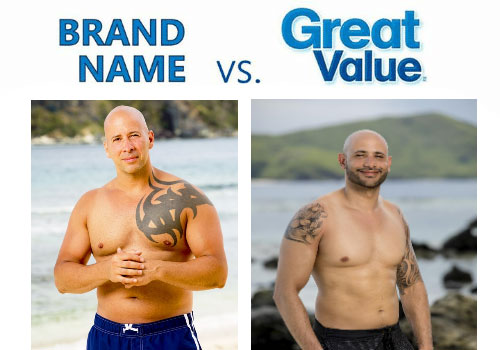 That is it. This all feels like a pale copy, repeating things we’ve seen before but not in ways that improve upon the original. Showmances, bone-headed blabbermouthing, unnecessary conflict.

Last night’s episode, just the fourth in the season, started with a tribe swap and reward challenge. I tried to watch as if it was the first episode of a new season, because I barely know anyone’s names, and some people have barely received any attention. Alas, everything that rose to the surface and earned the show’s attention was generally bad game play.

Speaking of attention and bad game play: Let’s talk about Cole and Jessica and their rafting trips. There are two other images that also explain why it feels like this season is trying desperately to find its footing.

True Dork Times’ Jeff Pitman, who excels at noticing editing cheats, pointed out that footage of Cole and Jessica talking and flirting on the raft in episodes two and three both came from the exact same rafting trip.

#Survivor The Cole-Jessica raft scenes from Episodes 2 and 3 were from the same fishing trip. Shoes and paddle in the same spots. pic.twitter.com/NneImk5d2T

In other words, the relationship that has received the most focus and attention is so thin that the editors had to stretch it out across two episodes—perhaps to make Cole’s dumb-dumb action this week seem more consequential.

The two ended up on a tribe together, and won reward: a sandwich and chips.

Jeff Probst emphasized that each winner got their own personal bag, and his emphasis on that, plus the fact that the chips were basically repackaged and not product placement, called attention to those bags long before Jessica stared into her bag like she was the Brad Pitt character in the final scene of Se7en.

What she found was a secret advantage: another one-episode-only advantage. While I do like that the show is trying these one-episode-only twists, I was not a fan of this one, which was to steal another person’s vote.

And the really fascinating part, which I didn’t fully understand until Tribal Council, was that if Jessica couldn’t use it, she had to give it to a person on the losing tribe: not give away the advantage, but take someone’s vote. She gave that shitty gift to Devon, discovered that it was not an advantage at all, but had stolen his vote. So Jessica used her advantage—on someone on another tribe.

Is that the kind of game we’re playing now, Survivor? Invalidating core elements of the game just to try to light a fire under this pile of wet kindling you cast?

Although Devon may not know who gave it to him, he’ll probably find out because Cole told everyone about Jessica’s reward, and wrote it in the sand, and then asked Jeff Probst at the immunity challenge, Are there any secret advantages hidden here like the one Jessica found in her chip bag?

Okay, he didn’t do the last two, but he might as well have—and he lied about it, too, when Jessica found out.

“How would she know about that?” he asked, incredulously. “That serves me no benefit to tell her.” And then seconds later, he said, “I mentioned it to Ben,” adding, “I thought it would extend trust to him.”

There is so much dumb there that I do not know where to begin. But let’s start with him using someone else’s secret as currency. And then instead of being honest, Cole lied. And then instead of just sticking with the lie, he came clean, giving Jessica two reasons to mistrust him: he went behind her back, and then lied about it.

Jessica was devastated—and so was I, when their tribe won immunity and didn’t go to Tribal Council, and the episode had to cram in strategy at the losing tribe.

I’m probably using the word “strategy” incorrectly, because whatever Joe did, it did not seem strategic. In a tribe split 2-2-1, he thought it’d be a good idea to publicly freak out about who was going to be voted out, and found an ally in his unnecessarily aggressive game play in Alan, who wanted Joe to identify who was going home.

So Joe said Ashley, and then defended the only other person from his original tribe with the weakest argument possible: “Desi’s stronger in puzzles,” he said.

Desi said it all: “Joe has lost his mind; he just blew up camp, and in the process, he blew up both our games.”

I agree even despite the actual results of Tribal Council, where Devon couldn’t vote and Joe played his immunity idol, saving himself after correctly predicting they’d target him, not Desi.

But that victory wasn’t enough for Joe, who had to call attention to himself by doing everything except jumping up, ripping off his clothes, and tearing down the Tribal Council set in victory. And his celebration was condescending and belittling: “I read your face. Thank you, baby girl,” he said to Ashley.

After Alan left, Jeff Probst said, “You can all have all the plans you want. Survivor Gods don’t care.” That’s how I’ve felt about my Wednesdays at 8 p.m. plans for the past four weeks: I planned to feast on Survivor’s buffet of reality TV competition excellence, and the gods have instead delivered a limp PB&J.