A show in its ninth season is a show in its ninth season; the format and formula are well-established and its audience, too, and it’s unlikely to morph into something brand new. The challenge is to stay fresh and interesting without changing the core, and ABC’s Shark Tank—after a stretch of staleness—did that last season with some cosmetic refreshes.

During its season nine premiere last night, the show’s first Sunday night episode, Shark Tank went further, modifying a few elements just enough to   —all of which made the show even better.

The two-hour premiere gave us:

An unfortunate reality TV cliche on a beautiful new set 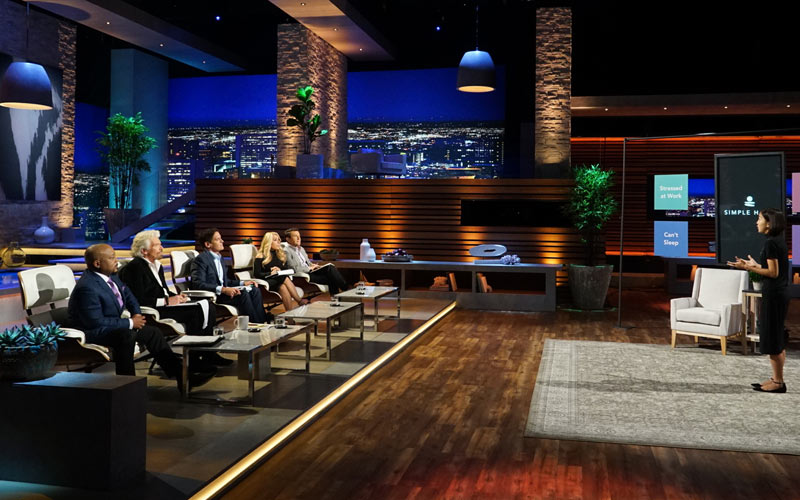 The show retained the successful small changes it made last season, including biographies of the sharks between acts; showing backstage moments as the entrepreneurs prepared to pitch; and letting us watch the sharks’ interaction before and after the pitch.

In the first hour, the latter included Mark Cuban trying to justify calling the founder of the Simple Habit app a “gold digger.” Yet that followed a low moment for Shark Tank—one that was as discordant as the embarrassing attempt at product integration it tried five seasons ago.

Instead of bad product placement, though, there was a bad reality TV trope: throwing water.

Guest shark Richard Branson tossed all the water from his glass onto Mark Cuban, drenching him. The apparent trigger: Mark telling Richard that he had to invest the full amount. It was a moment unworthy of Shark Tank, and Mark’s retaliation was certain justifiable but equally stupid. This summer’s America’s Got Talent had Mel B throwing water on Simon Cowell so much it was boring.

Shark Tank thinks of itself—justifiably, I’d say—as a show that’s changed the world and transformed lives. Acting like a low-budget, overly scripted, cliche-ridden cable show is not the way to prove that thesis.