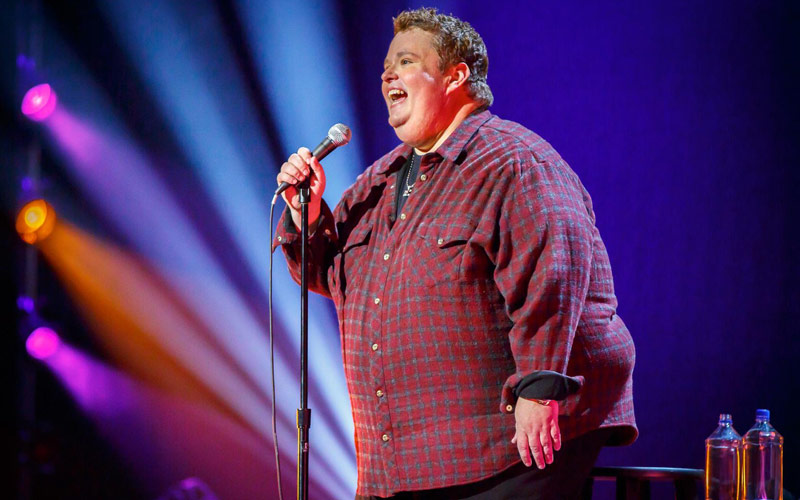 Ralphie May in his 2015 Netflix special "Unruly."

Ralphie May, one of the breakout stars from the NBC series Last Comic Standing, died today at age 45 of cardiac arrest.

“We are heartbroken to announce the untimely death of our friend, Ralphie May. Ralphie had been battling pneumonia and had cancelled a handful of dates over the last month in an effort to recover. Earlier this morning at a private residence in Las Vegas his body was discovered, cause of death is cardiac arrest.

Two days ago he won the Casino Comedian of the Year at the Global Gaming Expo and had performances throughout the remainder of 2017 as part of his residency at Harrah’s Las Vegas.

May is survived by his wife Lahna Turner and Children April June May and August James May.”

Ralphie placed second in the 2003 competition, and had four Comedy Central specials and two Netflix specials, Imperfectly Yours and Unruly.

Before his loss, he said that he thought the network wanted him to lose because of his size:

“I’m the biggest person ever to be on prime-time television. NBC doesn’t want me to win. What are they going to do with me? But the great thing about this show is that if you’re funny, it’s the people who are going to choose you.”