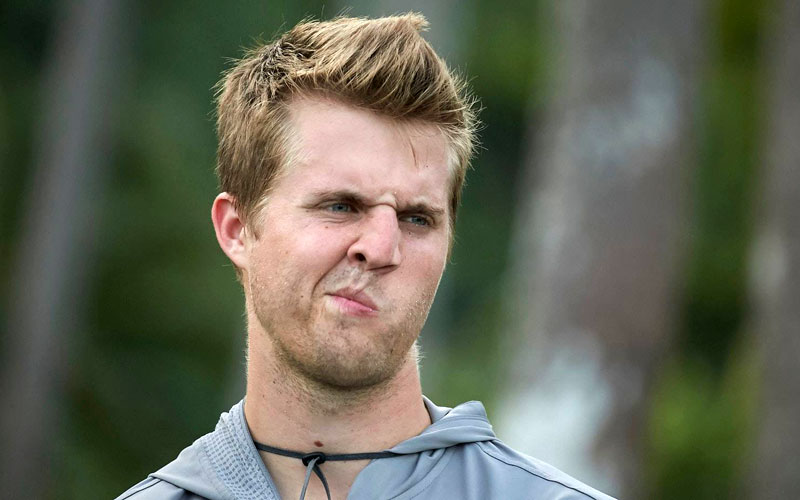 Cody on Stranded with a Million Dollars (Photo by MTV)

MTV did not pick up its competition series Stranded with a Million Dollars for a second season, I’ve learned.

Pre-production on season two started this summer, with the production started the casting process and scouting possible locations. However, MTV ultimately passed on the show.

MTV has not yet responded to a request for comment.

I asked executive producer and creator Kevin Lee for a comment, and he told me this:

“We’re disappointed that Stranded with a Million Dollars is not getting a second season, but we’re thankful that we got to break some new ground with the unique coverage and ambitious format of season one.”

Stranded with a Million Dollars aired last spring, combining elements of other competitions in a format that awarded up to $1 million to be shared among the cast members who survived stranded for 30 days.

The catch was that contestants could use their prices money to buy insanely overpriced supplies, from survival tools to junk food.

One of the eventual winners, Alex Apple, wrote about the behind-the-scenes of each episode for reality blurred.

My review of season one praised the format and its production values, which included filming the series with remote cameras and camera crews who were a considerable distance away. I loved watching the cast define how to play a game with few rules.

What some in the cast quickly realized, of course, was that fewer people left at the end meant there’d be more money for everyone else, and season one’s game play quickly became cutthroat and cruel.

That turned some people off of the format and show. Game designer Jane McGonigal proposed, in these pages, a new format for season two of Stranded with a Million Dollars.