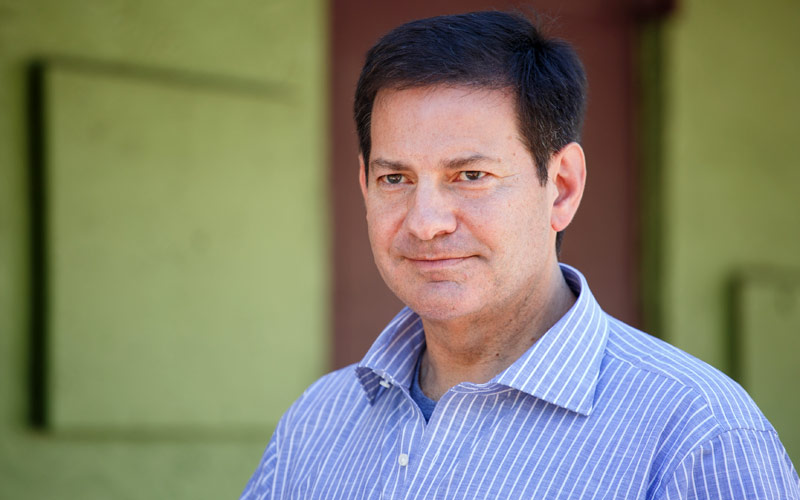 Mark Halperin in New Orleans on March 31, 2017 during season two of Showtime's The Circus. (Photo by Jason Kruppa/Showtime)

A Showtime spokesperson told Variety, “Should The Circus move forward with another season, Mark Halperin will not be a part of it.”

Last Wednesday, CNN reported that at least five women had been sexually harassed by Halperin when he worked at ABC News:

“…stories of harassment shared with CNN range in nature from propositioning employees for sex to kissing and grabbing one’s breasts against her will. Three of the women who spoke to CNN described Halperin as, without consent, pressing an erection against their bodies while he was clothed.”

Since then, more women have come forward with stories of Halperin’s harassment: “at least a dozen women,” CNN reported Friday that:

“include that Halperin masturbated in front of an ABC News employee in his office and that he violently threw another woman against a restaurant window before attempting to kiss her, and that after she rebuffed him he called her and told her she would never work in politics or media.”

Halperin also “allegedly made unwanted advances on potential new recruits, including a college student and a journalist hoping to work with him,” The Daily Beast reported.

HBO cancelled a future film and Penguin Books cancelled the book the film would have been based on, which Halperin and Circus co-star John Heilemann were writing together. (They previously wrote Game Change, about the 2008 election.)

In its press release for season two of The Circus, Showtime said: “Called ‘the insider’s insider’ by The New York Times and ‘the high priest of establishment political journalism’ by Politico, Mark Halperin has long been one of the most respected chroniclers of American politics. He has covered eight presidential campaigns.”

Halperin posted a lengthy statement to Twitter Friday night that said, in part,

“I am profoundly sorry for the pain and anguish I have caused by my past actions. I apologize sincerely to the women I have mistreated.

The world is now publicly acknowledging what so many women have long known: Men harm women in the workplace. The new awareness is, of course, a positive development. For a long time at ABC News, I was part of the problem. I acknowledge that, and I deeply regret it.

[…] I fully acknowledge and apologize for conduct that was often aggressive and crude.

[…] I know I can never do enough to make up for the harm I caused. I will be spending time with my family and friends, as I work to make amends and contributions both large and small.”

One of the women whose story was part of CNN’s initial report, Lara Setrakian, later wrote a Washington Post op-ed in which she identified herself and said Halperin “kissed me and touched me inappropriately … but [I] didn’t directly file a complaint. I was worried about the consequences of speaking out—just as many of my colleagues still are today.”

Setrakian also wrote that television journalists “can’t pretend these incidents are isolated to a few salacious cases at Fox News or call out other flawed industries and institutions with self-righteous indignation. We have to clean our own house.”