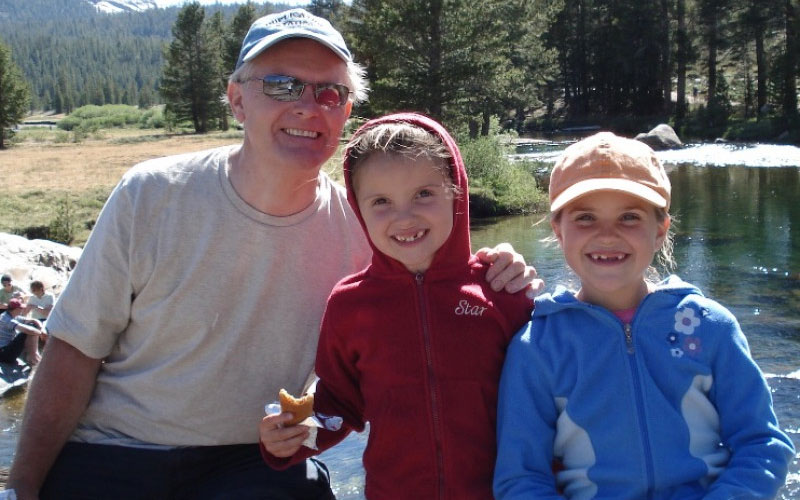 An image of Iain Anderson, Shark Tank's accountant, from a GoFundMe page set up to help his family.

Shark Tank season nine’s third episode, number 906, ended with a title card that said, “In loving memory of Iain Anderson.” Iain was the show’s accountant, and he died Sept. 10 from mesothelioma.

He’d worked with the show and its spin-off Behind the Tank since 2012, and previously worked on other reality shows, including The Bachelor franchise, and was sued by the show’s production company.

Anderson is survived by two daughters, ages 16 and 18, according to a fundraiser created for his family by “his longtime friends here at Shark Tank” who were “completely devastated by [his] sudden death.” The page has details about his diagnosis and death:

”It was just recently that Iain was diagnosed with Mesothelioma, which is one of the most aggressive and feared forms of cancer, with life expectancy limited to just months in over 90% of cases. Unfortunately, Iain’s prognosis was no exception, with his doctors assigning him just months to live.

Iain’s family was always his number #1 priority. He worked as hard as he did for as long as he did to ensure his two young daughters, Casey who is 16, and Brynn who just had her 18th birthday in July, would be well provided for when the time came that he could no longer fight off the cancer.

Unfortunately, Iain didn’t get the opportunity to live out that timeline the Dr’s had assigned him. Just recently Iain and his doctors decided to proceed with the only surgical option available for advanced stage mesothelioma. If successful, the surgery would have added months to the original timeline given to him. The surgery took place just over two weeks ago, and according to updates from Iain and his family, the surgery was a success, and he appeared to be on the road to recovery.

Sadly things took a very drastic turn for the worse this past weekend as we received an update from Iain’s family letting us know he had been put on life support Saturday [Sept. 9] evening.”

Iain Anderson’s Linkedin profile identifies him as a “freelance production accountant,” and says he had “35 plus years in production & corporate finance, budgeting and organization. Experience with scripted and non-scripted television.”

In 2009 and 2010, he worked as a freelance production accountant for Warner Horizon, including for The Bachelor, The Bachelorette, High School Reunion, and the never-aired There Goes the Neighborhood.

Prior to that, as a senior accountant for Telepictures for 10 years, he worked on shows including The Will, Big Man on Campus, and The Queen Latifah Show.