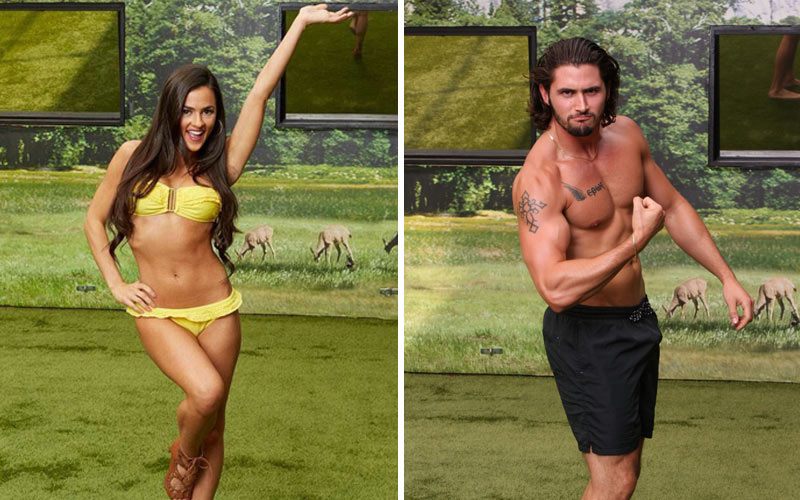 Big Brother 18 cast members Natalie Negrotti and Victor Arroyo, who are competing on The Challenge: Vendettas. (Photos by CBS)

The currently filming Challenge season 31 includes, for the first time, contestants from outside the MTV reality series universe, including two former houseguests from CBS’ Big Brother.

Photos from a shipyard in the southernmost part of Spain, the coincidentally named Mario Lopez Shipyard, show the season’s logo and name, The Challenge: Vendettas, which suggests a cast of people who have conflict with each other.

Of the 26 cast members identified by the site Vevmo, a reliable source of intel about MTV reality shows that are in production, two are from CBS’ Big Brother. That’s another first for a Challenge series, which initially drew contestants from The Real World and Road Rules, and has since expanded to drawing contestants from other MTV shows or just casting them for the Challenge.

In another first, four of the cast members come from two different UK reality series: Geordie Shore (which is similar to Jersey Shore) and Ex On the Beach (an MTV UK series with single people whose exes join them, kind of like The Real World: Ex-Plosion).

Vevmo’s “PinkRose” posted photos of the cast on location. There is also a video of nighttime filming in the ocean south of La Herradura, Spain.

Here are the cast members, in alphabetical order, who were identified on Vevmo: