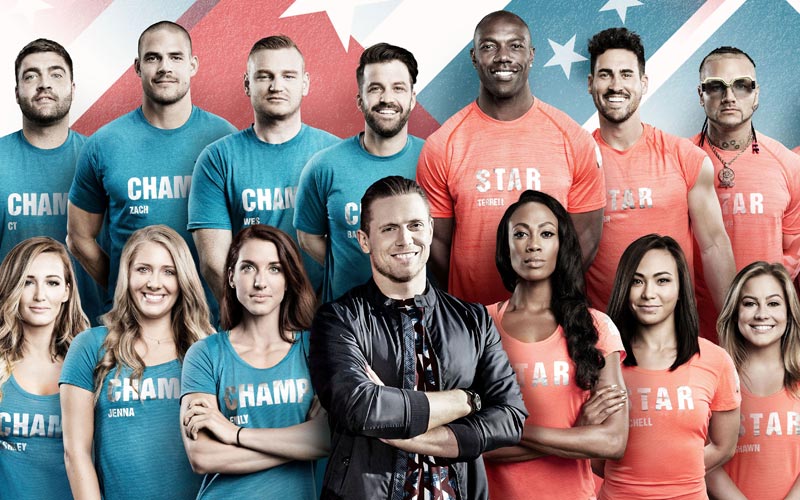 Some of The Challenge Champs vs. Stars cast, plus host Mike "The Miz" Mizanin (center). (Photo by MTV)

MTV is bringing back its spin-off of The Challenge that will have familiar Challenge contestants competing against a team of non-Challenge people—but this time, instead of pro athletes, those competitors will be “celebrity athletes and entertainers,” which is code for “mostly reality stars.”

Mike “The Miz” Mizanin will host the “eight-week special event” The Challenge: Champs vs. Stars, which is the second season of Champs vs. Pros, the spin-off that aired this summer. MTV programming executive Tiffany Williams said in a press release that MTV “expanded the format for the second season.”

Also in the release, The Miz said, “After 12 years, I can’t tell you how excited I am to be back on The Challenge, this time as the host. I can honestly say that if it wasn’t for this iconic show, I never would’ve had the confidence to fulfill my dream of becoming a WWE Superstar.”

The show debuts Nov. 21, and contestants will be competing for “their share of $150,000,” which will be donated to charity.

The alleged ‘stars’ of The Challenge: Champs vs. Stars

The returning champs weren’t in the press release. But nine of the 10 are pictured in MTV’s full cast photo: