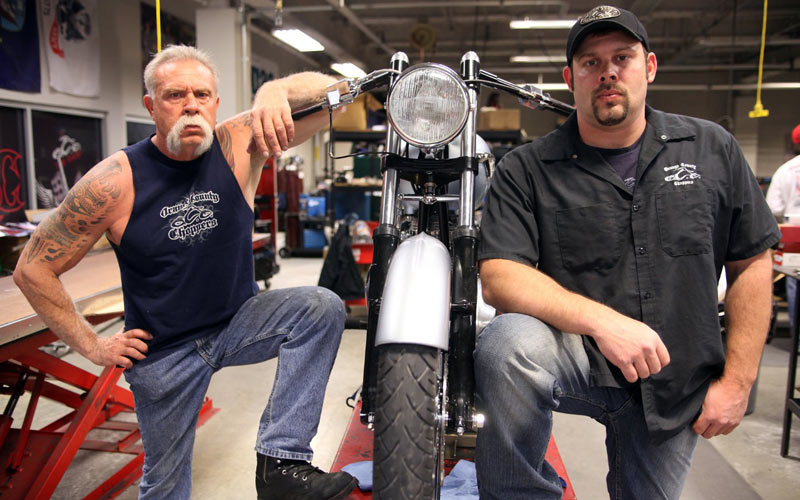 American Chopper stars Paul Tetul Sr. and Jr. in 2012, when the show was last cancelled. (Photo by Discovery)

The Discovery Channel is resurrecting American Chopper, the series following motorcycle builders Paul Teutul Sr. and Paul Teutul Jr. The new series will air early next year and will follow the Tetuls as they “set out reclaim their preeminent bike brands and hopefully rebuild some sort of relationship,” according to the network.

The original series was produced by Craig Piligian’s Pilgrim Films and Television, but the new series will be produced by “Original Productions in association with executive producer Craig Piligian,” according to Discovery’s press release.

While TV is tapping into nostalgia and re-launching shows in hopes that audiences will care more about something they already know than something new, I’m not exactly sure this was a show people were clamoring for. The reactions on Facebook—and yes, Facebook comments are not a scientific sample and are useful only as anecdotal examples of what some people think—are largely negative, even on the show’s fan page.

Perhaps that’s because it burned through its natural life, with a total of 233 episodes airing across two separate networks over 10 years. Most recently, there was a 2014 special with Paul Sr. and Shaquille O’ Neal.

Discovery aired American Chopper from 2003 to 2007, and then it moved to TLC. The show ended in 2010, and then TLC revived it later that year with a spin-off, American Chopper: Senior vs. Junior. That show moved to Discovery for seasons two, three, and four.

The last time Discovery canceled it, in 2012, I wrote, “maybe someday, it’ll come back to life again like a stubborn zombie.” That day has arrived.