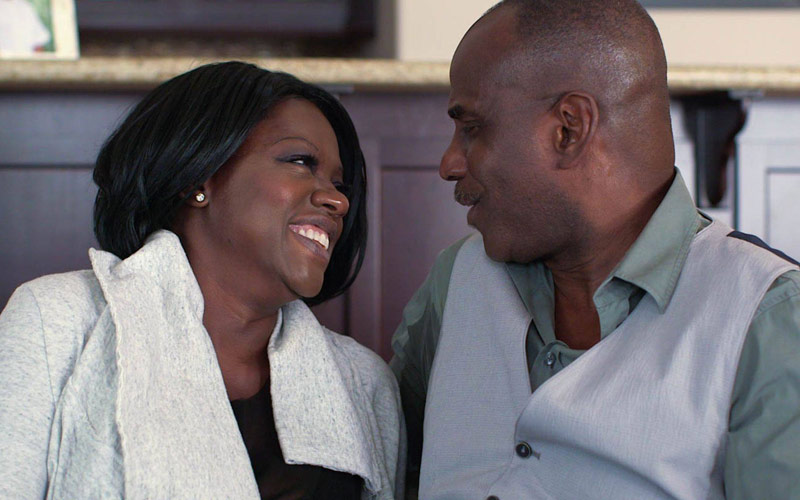 Just the couples telling their own stories. That’s Black Love, a series that debuted on OWN in late August and just concluded its four-episode run, having earned a second season for being such a well-constructed window into relationships.

A married couple, Codie Elaine Oliver and Tommy Oliver, are behind the series and filmed the interviews, but except for an introduction, they’re not on screen as interviewers.

There’s also no narrator, the show has very little music, and on-screen text is limited just to people’s first names (Viola Davis and Julius Tennon just “Viola & Julius”). The couples aren’t filmed in a studio or on dressed sets, just in unnamed locations where they sit next to each other.

If you don’t recognize a celebrity—Tia Mowry and  Cory Hardrict, Erica Campbell and Warryn Campbell are among the couples featured—from their work, there’s no other indication that they’re an actor, or singer, or whatever, aside from a potential anecdote that reveals something about life in Hollywood or New York.

So they’re just couples and people—who struggle, who’re awkward, who found their way into relationship by accident. They start with how they met, and go from there, talking in anecdote and summary.

Things aren’t perfect; there is “Tripping Over Hurdles,” to borrow the title of the second episode. Embarrassment or shame creeps in occasionally as someone reveals an intimate detail; a touch of annoyance or resentment over a past slight is sometimes revealed.

But the couples are still together, sharing their stories, examples of both resilience and the complexity and messiness of love. Sometimes their revelations lift off the screen as universal truths, but not always, and there are occasional moments where couples’ stories present different versions of relationships or slip into well-intentioned platitude.

What I love about Black Love is how simple the show is. That allows for the stories to be the focus—not the subject’s fame, and not the interviewer.

But don’t let that simplicity suggest there isn’t work here. The editing is tight; the focus shifts between couples; and all the while we move along the arc of a relationship—inside each episode, and from episode to episode.

Here are the first 10 minutes of the first episode: