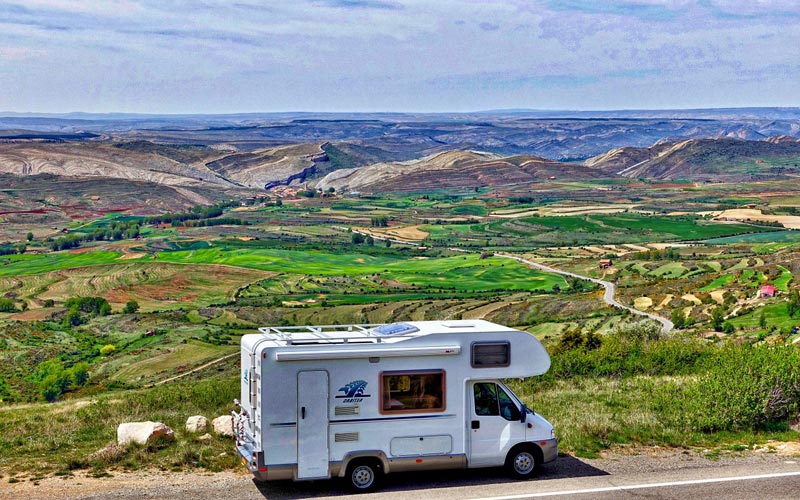 This is not the Road Rules Winnebago, but an idyllic stock photo representing the hope I have for the format.

After an 10-year absence, Road Rules is on its way to returning to MTV, according to a former cast member. That would be Road Rules season 15.

This aligns well with MTV’s return to its reality television and unscripted roots with a touch of nostalgia. MTV is bringing back TRL on Oct. 2, and successfully rebooted the former NBC show Fear Factor as a millennial-driven, less-expensive version of itself.

The real question, though, is what version of the show will return: the early, travel-driven, strangers-in-a-Winnebago concept? Or what it became, which was just a second version of The Challenge and all of its weaknesses.

While I loved early Road Rules, at times even more than The Real World, the show fell apart faster than its predecessor, and by the time it was revived in 2007, after a two-year absence, as Road Rules: Viewers’ Revenge, it was a complete mess, marred with violence, a failed twist, and a game structure that sucked all of the joy out of the format.

It was also forgettable: Though I had a very strong reaction to the season at the time, I’d completely, 100 percent forgotten that season even happened.

On the podcast, Susie—who was one of the six alumni on the Road Rules: Viewers’ Revenge cast—said, “They’re bringing Road Rules back. So there can be new people.” She added, “The show was so fun … I’m hoping for more of that [great relationships], rather than conflict and gross stuff. People who really just want to learn and grow and experience life.”

I hope that’s possible. The show debuted in 1995, just three years after The Real World, and was far more innocent—never mind the 1990s quirks like receiving instructions via audio cassette and the cast’s excitement over having digital maps on an ancient laptop.

But just watching that first episode again on YouTube, and hearing this introduction, made me want that version of the show back:

“You’ve been picked for the road trip you will never forget. Survive the adventures planned for you, and you will be rewarded—handsomely. So empty your pockets and we’ll take care of the rest. Throw out your rules. These are Road Rules.”