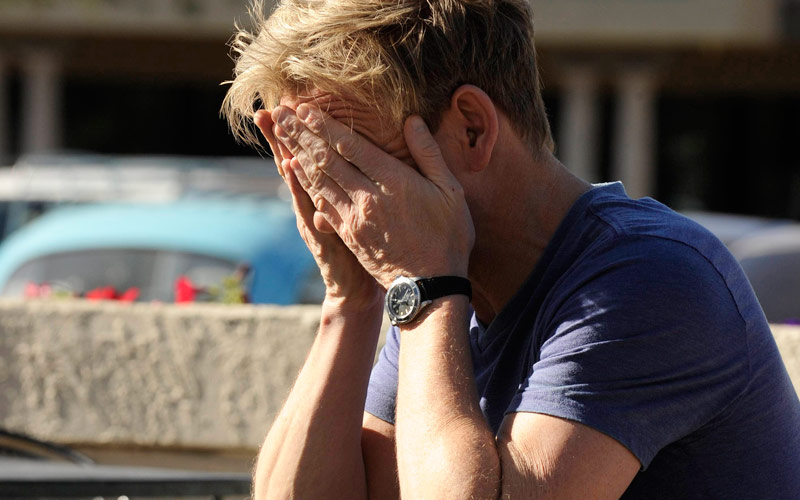 Gordon Ramsay is starring in yet another show for Fox in which he will once again make over restaurants, as I reported last month. The new show is called 24 Hours to Hell & Back, and as its title suggests, he’ll spend just 24 hours at each restaurant.

That sounds a lot like a more speedy version of Kitchen Nightmares, which was, by most accounts, not always the most helpful: The most thorough accounting I’ve seen says 56 of 77 restaurants featured on Kitchen Nightmares closed, and each of those had several-day makeovers and training from Ramsay and his team.

But a 24-hour production is also cheaper than a several-day production.

“In today’s world, everyone can be an amateur food critic on social media, and restaurants often find themselves one bad Yelp review away from shutting their doors. Ramsay will travel throughout the United States to find restaurants on the knife’s edge of losing everything. A timer is set, and Ramsay will work around the clock to put these restaurants back on course. With only 24 hours to turn the restaurant around, he’ll make the necessary changes that he sees fit—from re-interviewing the staff to see who makes the cut, to renovating the space and updating the menu with signature dishes and first-class service. Additionally, to help him with the task at hand, Ramsay will unveil his secret weapon—Hell on Wheels—a 70-foot-long semi-truck that unfolds into a state-of-the-art, completely self-sustaining mobile kitchen, where he’ll re-invent the struggling restaurant’s menu, and whip the staff into shape. Then, when the time is up, he’ll present the launch of a revamped restaurant.”

And then the restaurant will close anyway, if history is a guide. Oh, I kid Gordon Ramsay and the restaurants who think they’re going to get waves of patrons and publicity and by putting themselves through Ramsay’s abuse and the editing’s torture.

By the way, Kitchen Nightmares is not mentioned anywhere in Fox’s press release. It’s the format that originated in the UK and gave birth to the business makeover craze before it was bastardized by Fox. It was cancelled/ended in 2014.

The new show is produced by Gordon’s own Studio Ramsay, which has a partnership with All3Media. Kitchen Nightmares was produced by A. Smith & Co. along with ITV Studios America and Optomen.