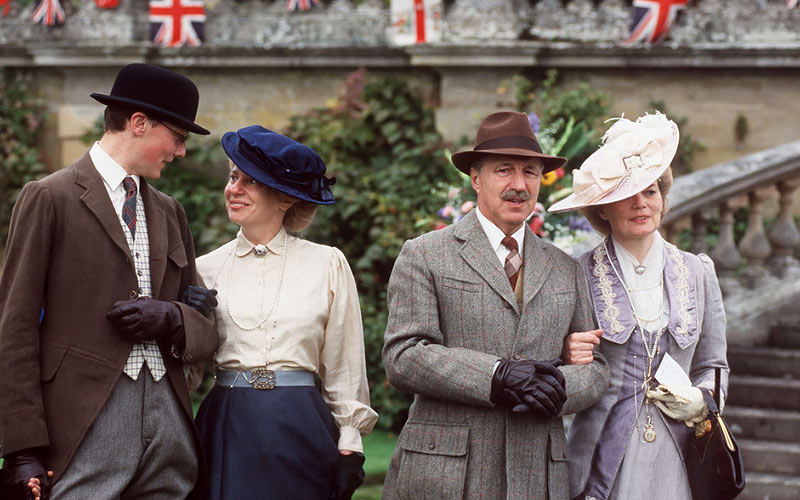 Some of the participants of Edwardian Country House. (Photo by Simon Grosset / Channel 4)

If you watched PBS’ broadcast of Victorian Slum House earlier this year, or if you’ve long been a fan of historical reality TV, or if you’ve just read reality blurred for a while, you may have heard of or come across another similar series: Edwardian Country House or Manor House, as it was known in the U.S.

It’s easily my favorite of the genre. Its contestants absorption into their 1905 to 1914 roles—or repulsion over them—so clearly illustrated how arbitrary yet brutal class divisions can be.

An ordinary family suddenly had power and prestige, and 12 ordinary people were suddenly their servants, and it’s uncomfortable but instructive, and at times, as dramatic as that scripted drama that would follow.

The 2002 series starts streaming today on Acorn TV, a streaming service for UK television that calls the unscripted series “the real-life Upstairs, Downstairs.” (Acorn also has other documentaries and unscripted series, but I’m glad they’ve added this show, and hope they’ll keep giving audiences outside the UK a chance to see UK reality TV shows.)

There are just six episodes—which are also still streaming free for Amazon Prime members, and on DVD, if that is still a thing—and it’s definitely worth the time.