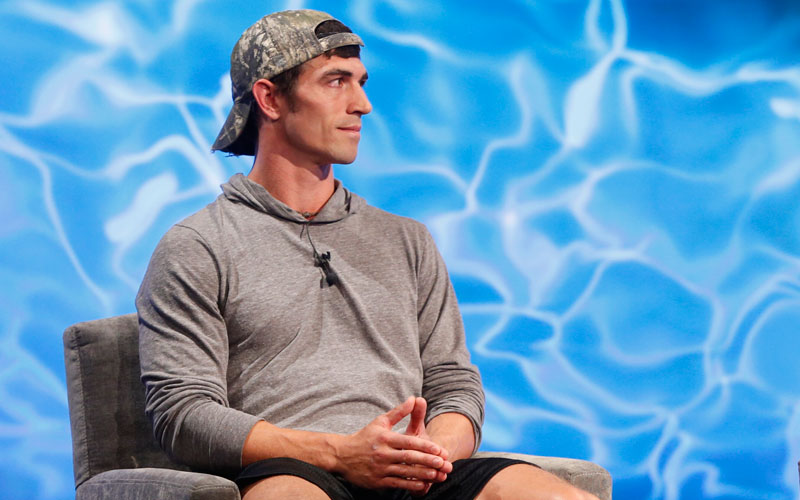 There were two major surprises on the Big Brother 19 finale: Paul Abrahamian lost by one vote, again, this time to Josh Martinez, and viewers selected Cody Nickson to win $25,000 for being “America’s Favorite Houseguest.”

Setting aside Big Brother’s annoying use of “America” to pretend that the entire country is watching, instead of around 6 million people, the designation seems particularly absurd for how loathed Cody was for his behavior in the house, especially his bigoted comments—though of course, viewers of the CBS show didn’t see that.

But he probably also received votes because once again, CBS refused to show its television viewers—the show’s largest block of fans—things Cody said.

For example, he bragged about attending and enjoying the riots in Ferguson, which followed the shooting of an unarmed 19-year-old by a police officer, and continued when that officer was not indicted. “I actually went to Ferguson, Missouri, for the riots,” he said. “The night they announced the decision, I flew into Ferguson just to see if I could survive. I dressed up like a bum. I swear. Yeah. We were getting gassed.”

Cody also repeatedly made ignorant and overtly bigoted statements about transgender people. On the live feeds, Cody said to Jessica,

“Do you really think I could give a shit that like point-zero-zero-zero-zero-zero-fucking one percent of the population is fucking trannies? I don’t give a fuck. I, I promise you they’re not expecting me to really fucking sympathize with their psychological cause.”

Later, he doubled down while others laughed:

“Do you really think they’re going to fucking come at a Marine Corps infantryman for fucking saying the word ‘tranny’?”

Cody also used derogatory language toward a transgender person—refusing to use correct pronouns to describe her—though he wasn’t alone.

During a conversation in which Big Brother contestant Audrey Middleton, the show’s first transgender contestant, was mentioned, Jason Dent asked, according to New Next Now’s account, “What the fuck does that mean—she was a she?”

Cody replied: “It was a dude dressed up as a woman.”

Audrey responded to this degrading language and personal attack by writing, in part:

“… you can not resolve ignorance with more ignorance. If you want to help Cody and Jason understand send them information when they’re out of the house! Don’t bother trolling them, it will only further cement their state of mind. IF they don’t want to educate themselves, that’s on them. They can continue to live in a bubble, and we can all continue to evolve with the rest of the world and thrive.”