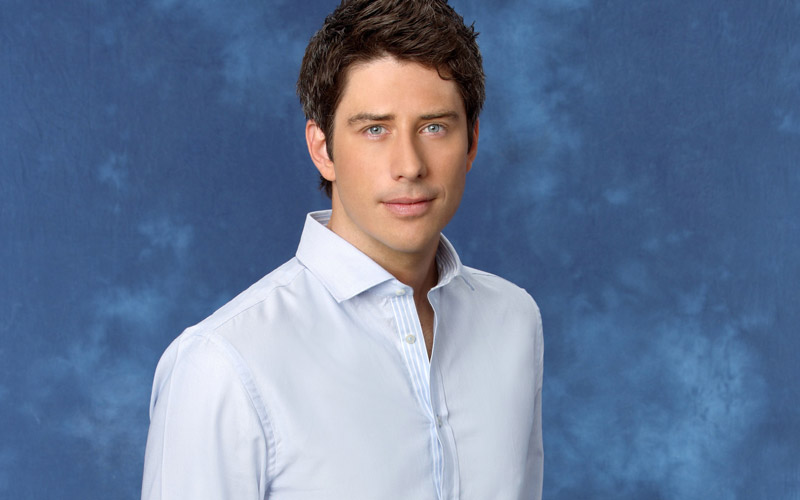 Arie is a 35-year-old race car driver who was born in the Netherlands and lives in Arizona; his father is Arie Luyendyk, who won the Indy 500 twice.

Arie was rejected by Emily Maynard during her season of The Bachelorette, and also appeared briefly on The Bachelor 17 and an episode of Wipeout.

On Good Morning America, of course, Arie said his selection was “a quick turn of events”—so fast, he hadn’t yet told his parents. He also said, “I was a little skeptical just because we’ve been in talks for a few years about doing it.”

Arie was a finalist for season 17 and later almost cast as The Bachelor season 19’s star, which his Bachelorette castmate Sean Lowe said:

“From what I understand, the show, the producers that make the show, they wanted Arie” but ABC was “nervous. Like, Arie hadn’t been on TV in two years. … They actually told Arie he was gonna be the Bachelor. They flew down, had a camera crew, filmed him telling his family he was gonna be the next Bachelor—then pulled the rug out from underneath him and made Chris [Soules] the Bachelor.”