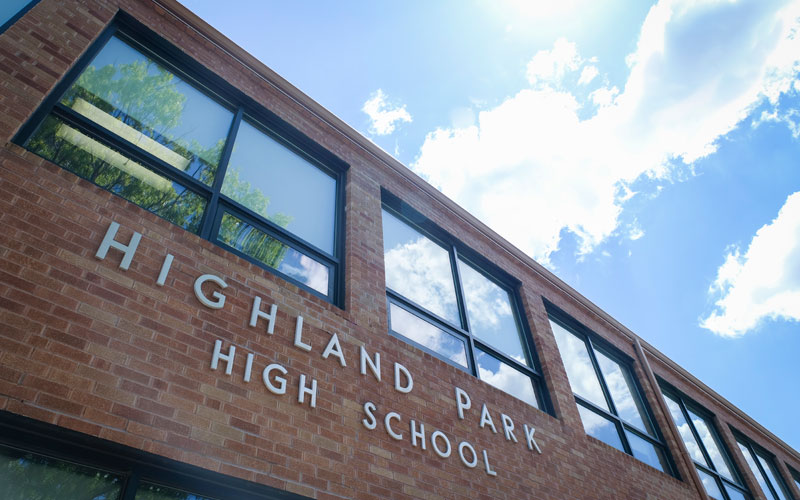 The exterior of Highland Park High School, the setting for A&E's Undercover High. (Photo by A&E)

Two new reality shows focusing on high school were announced today, and while they appear to have the same core goal, their implementation is wildly different—and illustrates two completely different approaches to producing reality and unscripted television.

One show follows actual high school students during their senior year. The other sends in fake students to spy on kids.

Okay, I’m being a little ridiculous—but so is an A&E series that has 20-somethings pretend to be high school students instead of just filming actual high school students. It’s weirdly amusing when fictional shows cast people in their 20s or 30s as teenagers; doing that in real life just seems weird.

What’s curious to me is that A&E wants to do something interesting—”discover the challenges and complexities, both new and familiar, facing today’s teens”—but doesn’t want to use actual teens to do that. It’s like wanting to know more about babies by putting on diapers and drinking out of a bottle instead of watching babies.

Then again, a show I liked was A&E’s Teach, on which Tony Danza actually taught a class for a year, when a show might have just followed an actual teacher, as I pointed out in my review.

At the very least, I’m grateful that we’ll have both shows: It’ll be interesting to compare them, to see which series does a better job of conveying the experience of current high school students.