Why Fox let Idol go, from a ‘fraudulent’ return to Howard Stern

Fox lost American Idol to ABC, but a Fox executive offered more detail about why the show just doesn’t make sense for them—and why the show’s producer, FremantleMedia, was reluctant to make changes to the format, such as changing the judges in the way America’s Got Talent successfully did with Howard Stern. That explains why ABC’s version seems to be shaping up to be similar to Fox’s version.

First, questions compared their newly announced singing competition to the one they cancelled last year. But Fox’s new-ish reality executive Rob Wade said “this is a very different type of show than American Idol. This is going to be a truncated run.”

The show will air in 2018, but not opposite other networks’ singing shows—this isn’t just an attempt to take those shows down, according to Dana Walden, the CEO and chair of Fox Television Group.

“We’re trying to get the show right. I don’t anticipate that we’ll put it up against The Voice and American Idol because we really believe in this show. We’re not developing it to just try to create some noise in the same space,” she said.

She later added, “I’m just kidding. I don’t want to be quoted as cavalierly saying ABC, but, it’s a tough question.”

She then offered a detailed response that explained just why Fox cancelled American Idol, and why they didn’t want it back so soon.

I’m including her entire answer to the question, because it was a thorough story that explains—from Fox’s perspective—what happened from the start of her tenure up through now.

“Around the Upfront, we got asked this question, and I answered in such a lengthy manner, I think I put people in the room where I was sitting to sleep. So I’m going to try to avoid that rabbit hole on this one.

We had a really tough decision to make at the point that Gary and I got to the network, and that was American Idol was an extremely expensive show, and its ratings had dropped 70 percent in the three years prior to us getting there. And in the first year that we were there, it dropped an additional 25 percent. So the economics were terrible for us at that moment.

We spent a lot of time with Fremantle talking about what were the solutions to that problem. ‘Can we cut the costs of this show?’ And while they were open to doing some minor cosmetic trims, they were very worried about doing anything that would disrupt the chemistry that existed on that panel.

So we were locked into those judges who were excellent but, again, contributed to the very high cost of that show.

They [Fremantle] additionally felt like they didn’t want to experiment particularly with the format. They liked the show the way it was. They were willing to make small tweaks. Again, what we got back from them was ‘We would prefer to end this run than to do anything that dramatically changes the format.’

We looked at AGT, and when they brought in Howard Stern and shook up the chemistry and involved someone who had a different promotional platform that could feed into their primary audience on the show. Fremantle really—and, again, I don’t blame them they felt like the format worked—they wanted to protect it.

So that left us in a dilemma, which was, we had the choice of either moving forward at that extraordinary loss or sending the show off for some period of time, however long that might be. We, all together, made a decision, which was: This is a good time to celebrate this show, to do a really special year, to designate it the farewell season, to have surprises for the viewers, and to genuinely message in a meaningful and expensive way from the network this is a farewell season.

And viewers responded. They came back. I think it was a lot about the messaging. That’s the information we got through our research efforts. They responded very well.

So then the question was, Would you ever like to have American Idol back? Yes.

Did we want it back a year or two later? No.

We felt like that was very fraudulent to our viewers, and we felt like then the answer wasn’t we weren’t being truthful in saying it’s time to rest this show for a while.

What happened beyond that was, again, we were a little bit back on our heels because we didn’t want it to come back so soon. So we weren’t as aggressive as was necessary to get that show, and another network was.

I’m happy they got Ryan Seacrest. I’m a huge fan. He is the face of Idol. I thought that was really smart.

As to the rest of it, they are going to be dealing with all of the things that they didn’t want to deal with in making some changes for us: all-new panel, what’s the chemistry going to be, how much of the original DNA do you want to maintain, go do auditions at Disneyland.

It’s a little bit of a new show. So it’s launching a new show. The asset has a lot of good wealth.

So there you go. Down that rabbit hole I went.” 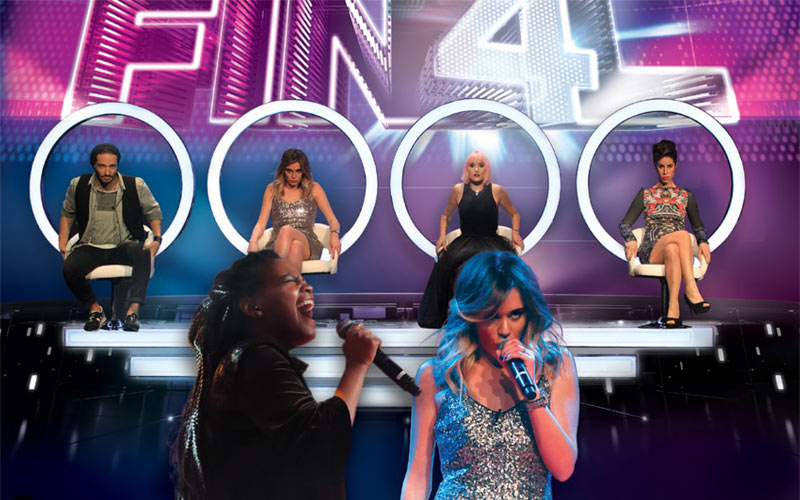 Previous
Fox's new singing competition, The Four, is named for its number of contestants

Next
After 16 seasons, Hell's Kitchen is getting an all-star season
Click here to cancel reply.