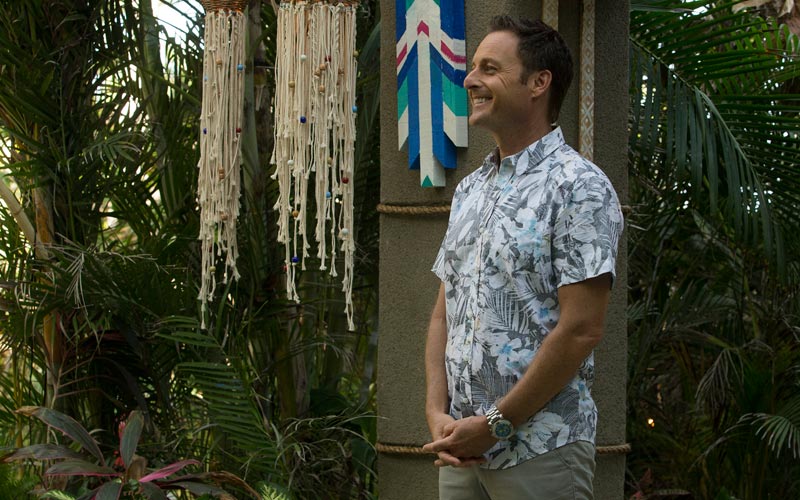 Just over two months ago, a filmed, drunken sexual encounter between two Bachelor in Paradise contestants prompted a complaint to Warner Horizon Television, which produces the ABC reality show, and production was shut down as Warner investigated.

Both contestants involved later identified themselves. DeMario Jackson called reports about what happened “false claims and malicious allegations,” and later detailed what he said was a consensual sexual encounter with Corinne Olympios to E! News. Olympios first said “I am a victim” but in a later statement said she “felt victimized” by judgment and that she’s “happy about the changes that have been made.”

An internal investigation concluded that everything was just fine, but even though they said nothing happened and there was no misconduct, Warner promised “to implement certain changes to the show’s policies and procedures to enhance and further ensure the safety and security of all participants.”

So what exactly were those changes that were made and that Corinne is happy with?

Last week, I tried to get answers from ABC’s entertainment president; she declined to be specific, and referred me to Warner Bros.

I asked Warner Bros. and received this reply: “Thank you very much for checking in but we will politely decline to comment.”

Later, though, at an ABC event that was part of the Television Critics Association press tour, I interviewed Martin Hilton, the executive producer for the entire Bachelor franchise. He was, thankfully, willing to talk with me on the record about what happened after production resumed.

In a story for the L.A. Times published Thursday, I detail what Hilton told me:

Hilton told me that the cast was central to those conversations—it wasn’t producers lecturing them about how to behave:

“When they came back, we had a pretty open forum that was both-sided. It was a real conversation about, What do you guys want? And they clearly, they wanted to continue to drink, no doubt about it, because that’s also what summer fun in paradise is.

The question was figuring out, well, how much, and what are you comfortable with, and where’s our line, and what’s responsible, so it was really an open conversation about how to make that happen.”

That conversation will be included in the show, which premieres tonight.

Separately, I learned that Corinne and DeMario taped interviews with Chris Harrison last Saturday, and those will be included at some point this season.

Chris Harrison talks about the shutdown

For more information about what happened, let’s turn to Bachelor in Paradise‘s host, Chris Harrison, who talked to the Hollywood Reporter, and said a lot without saying much.

For example, he insists “you can form your own opinion of everybody and of the whole incident” based on what will be shown, even though “there was never a need to see the actual footage.”

While he says that, “for the most part, I knew the shutdown was probably necessary,” Harrison said that later, “my main concern was, ‘How do we get this thing back on the air?’ and ‘How do we salvage this season?’ once it was very clear that it was OK to do so.”

He also said Bachelor in Paradise was already “pretty careful” with alcohol yet critics focus too much on drinking on BIP because “it’s really not” something that’s used on the show as “a tool”:

“With alcohol, we’ve always been pretty careful about trying to take care of everybody. People will let the day or night get away from them, and they’ll have too many drinks — that happens in life. But people, I think, put a little too much emphasis on alcohol with our show, and they always have. They think it’s something we lean on and use, and it’s really not. It’s not that great of a tool for us.”