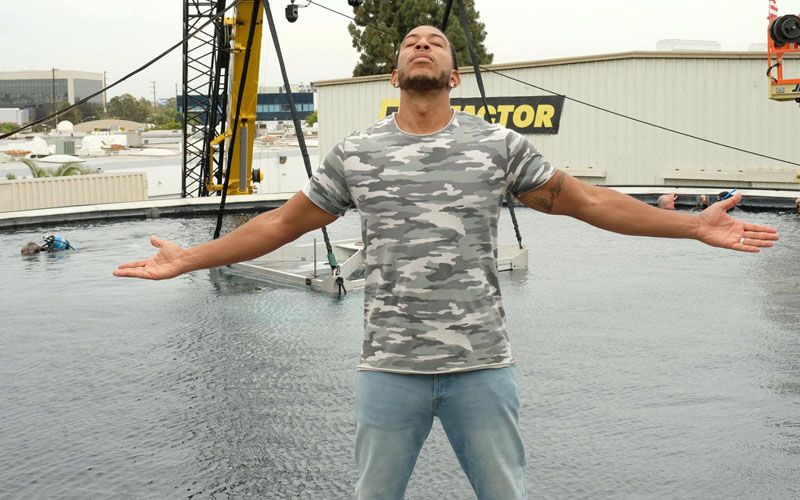 Fear Factor host Ludacris in front of a water tank and divers used for an underwater stunt. (Photo by MTV)

The revival of Fear Factor has done so well for MTV that the network has renewed it for a second season, which will have 20 episodes and air next year. Ludacris will return as host.

Season one’s 12th and final episode airs tonight. The season premiere was MTV’s “highest rated series premiere in two years” among people 18 to 34, the network said, and in that age group, is “the number one cable reality series on Tuesdays,” according to MTV. The show “helped deliver MTV’s best Tuesday in a year and a half.”

Even more notable is that MTV said the show is “outperforming the new series average by +50%”—which is an indication of both Fear Factor’s strength and also an illustration of how much MTV has struggled to bring audiences to its new shows in recent years.

MTV pitched this new season as “[f]illed with new stunts inspired by urban legends, popular scary movies and viral videos from today’s cultural zeitgeist” and said contestants would “take action against some of their biggest stressors.”

There was a tiny bit of that sometimes, but the new show did not feel like a reinvented or reimagined version of itself, nor did its challenges seem particularly themed to millennials. It was just NBC’s version on a budget with younger contestants, without donkey semen or Joe Rogan and with Ludacris—so overall, a very watchable and enjoyable hour.