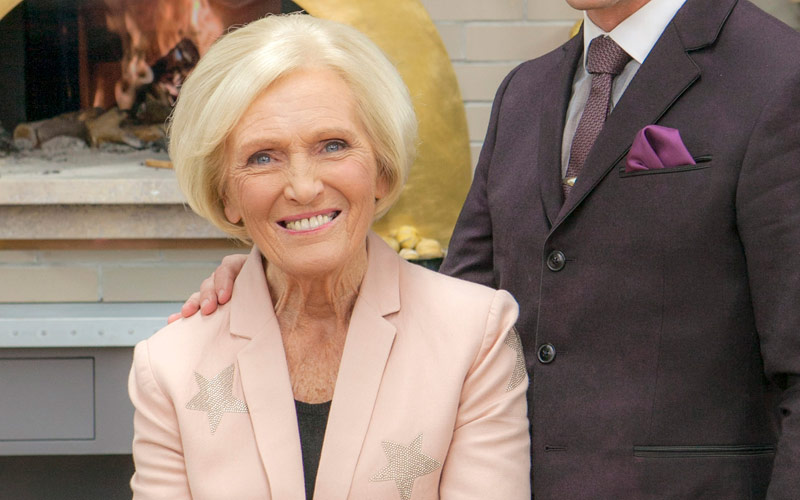 Mary Berry will judge a new food competition between home cooks, BBC One announced today, that is tentatively being called Britain’s Best Cook.

The competition, which doesn’t yet have a debut date, will be hosted by Claudia Winkleman, the host of Strictly Come Dancing and The Great British Sewing Bee. There will be a second judge.

Here’s how BBC One described the new series:

“At a time when British cooking has never been more varied, inspiring or of such high quality, this series will test the real-life expertise of truly great home cooks and will celebrate the food people make for their loved ones every single day.

[…] Over eight episodes, the ten contestants will need to demonstrate skill under pressure and individual flair, as they’re asked to serve the most perfect version of dishes that define modern British home cooking as well as create their special take on well-loved classics.

The judges will be looking for dishes that define a new benchmark of excellence, whether it’s roast beef with the perfect roast potatoes, an ingenious twist on chicken curry or an irresistible chocolate pudding.

Each challenge will reveal new tips and techniques as the competing cooks battle to prove that they have the skills and repertoire, technical ability, resourcefulness and creativity to get through to the final and be crowned Britain’s Best Cook.”

In the release, Mary Berry said, “I am never more at home than when I have my judging hat on. This series is going to encourage proper home cooking which I have always championed and I cannot wait to start. Claudia, for me, is the icing on the cake.”

BBC executive Charlotte Moore explained the rationale for the show—beyond, of course, finding a new home for Mary Berry now that GBBO has departed for Channel 4: “Home cooking has quietly become one of the nation’s favourite obsessions and so there is no better place than BBC One to compete for this crown.”

Britain’s Best Cook is being produced by Keo Films, which also produced Eden, among other shows.