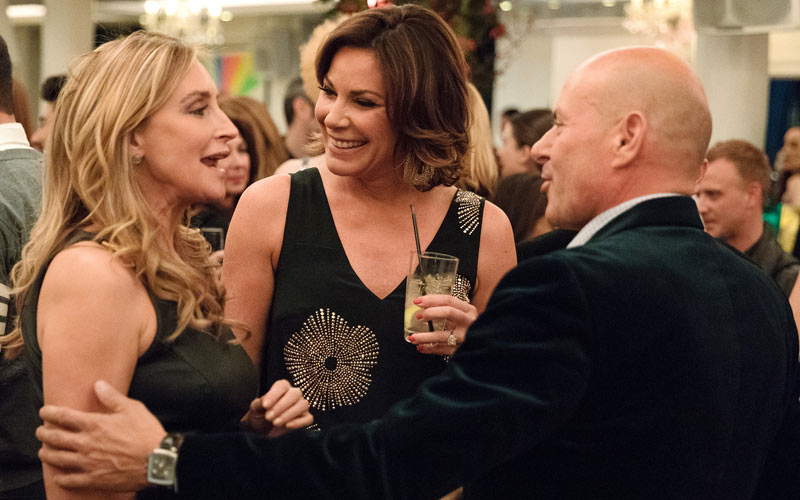 Luann D’Agostino just announced on Twitter that she’s divorcing Tom D’Agostino, the man whose last name she took just over eight months ago.

Three days ago, LuAnn told Page Six, “We are together in Sag and are happy” and Tom said “Luann and I had a great weekend together in the Hamptons.” They were responding to a report that Tom was flirting with another woman, as if that’s news.

“It’s with great sadness that Tom & I agreed to divorce. We care for each other very much, hope you respect our privacy during this sad time!”

LuAnn asking for privacy is both understandable and ludicrous, considering how public their entire relationship has been—and how the other women have been warning LuAnn about Tom nearly constantly.

What’s particularly fascinating about this relationship is how it has been covered so thoroughly on The Real Housewives of New York City, including Sonja Morgan’s previous relationship with Tom, and LuAnn’s constant rationalization about all of the issues in their young relationship.

And of course, Tom’s pre-marriage infidelity led to one of RHONY’s greatest scenes ever.