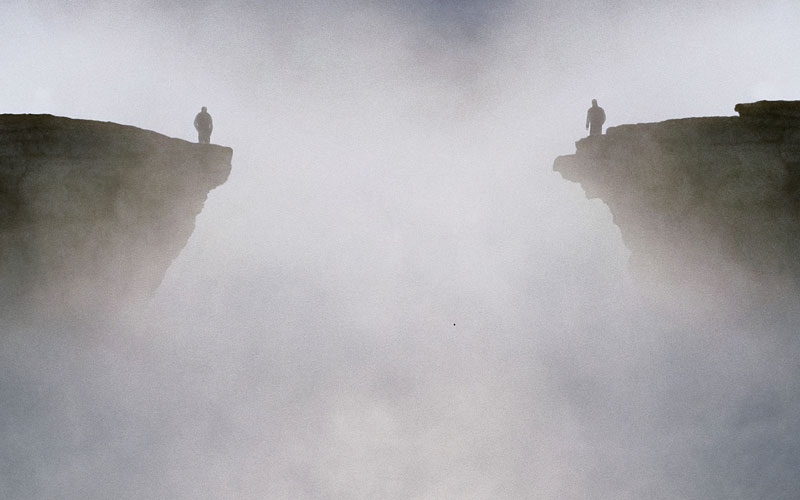 The History Channel’s survival competition Alone season four concludes tonight, and will award $500,000 to its winners—and that’s plural, because the show changed its format this season so that pairs of survivalists are now competing to outlast each other on Vancouver Island.

Why was there a change this season? Will it continue? Why does it seem like the remaining survivalists won’t be setting any records this season?

To learn the answers to those questions and others, I talked to Shawn Witt, who is the co-president of Leftfield Pictures, which produces the show. He’s previously produced shows from National Geographic Channel’s Brain Surgery Live to FYI’s Tiny House Nation.

He was candid and open about all of the things we covered, from the origin of this season’s twist to medical checks, the show’s fairness to the location for season five.

Why Alone added pairs for season 4

The big change for season four was casting people in pairs—pairs that were initially separated and actually alone, though one person was tasked with finding the other. So why the change?

“Every season the network is looking for the creative to evolve and they encouraged us to come up with some different concepts that did not stray too far from the spirit of the show,” he said. “Obviously, the headline of your article was funny—If it’s called Alone, why are there two people? And I get that.”

“That was one of many ideas we came up with, and that [title] part aside, it was the one idea that allowed us to stay as organic as possible with all the other things that are so great about the series,” he said. “I think with any series, not just Alone, networks are always looking for something to mix it up and something to get conversations happening. For that reason alone, it was at least a good way to trigger more conversation around the series.”

So will there be pairs in future seasons?

“I think they full well knew that choosing that idea, it wasn’t committing to a series change, it was just for this season,” he said, adding that they are currently “talking about future seasons,” so nothing has been locked in place yet.

Having pairs means a greater likelihood of conflict, which History alluded to in its press release, saying “they’ll have to communicate, compromise and work together with their teammate if they want to endure the longest.”

Witt was honest about the potential for drama: “Sure, I think the network may have wanted—and we couldn’t disagree—that having two people out there would provide a more interesting dynamic than just one person alone,” he said.

He pointed out that contestants in previous seasons could be just as annoying, or at least had gotten familiar. “We also read some stuff on message boards where would people would say things like, We’ve seen enough of self-loathing and whining of one person,” he said.

The result, though, “has not been a ton of conflict,” he said. “I think you’ve seen it with the people who’ve lasted a longer time, but I think that would have happened regardless just based on the physical and emotional strains that all of them are under.”

Witt added, “I personally was happy with how this season has played out because it wasn’t emotionaly gross—people weren’t throwing chairs at each other, or the woods version of chairs.”

That record-setting trajectory seems unlikely to happen this season, as the most recent pair to tap out, Brooke and Dave, lasted only 49 days. (Of course, that’s no small feat, and still 10 days longer than Survivor—and they have no rewards, no game to play, nothing.)

Has this season been harder for the contestants? And why?

Witt said “it was seasonal. The weather where they were in Vancouver was pretty rough this go around. The availability of resources was not as great as it has been in the past—not because of where we put them, just based on when” the show filmed.

“Sustenance was more of a challenge this go around,” he said. He pointed out the salmon run in season two that Nicole benefitted as one example of something not available to the season four cast.

Is it easier to tap out with a partner?

This season, if one of the two people in a pair is medically evacuated or chooses to leave, that means their partner is automatically out, too.

I asked Witt if he thought having pairs has affected how long this cast has lasted, and he said yes—essentially because people support their partner’s decision to leave.

“When there’s two people it’s a lot easier for someone to feel okay about letting the other person tap out. Or, as an individual, asking the other person, Are you cool with me tapping out?” he said. Just the fact that one’s partner has raised that idea “makes leaving or tapping out a more palatable or immediate thing.”

“When you’re there by yourself, you fight yourself more,” he added. “It’s less of a support system when you hit those lows.”

How medical checks and evacuations work

So how does the production team decide when it’s time to remove someone?

“Those are really tough decisions to make, and honestly they’re not made without the consultations of doctors and attorneys, because we don’t want want to be in a position of making a bad decision,” executive producer Shawn Witt told me.

The contestants are checked regularly: “It’s weekly,” Witt said, “until we get way, way, way down, and once we get into the day 45, day 50, day 60, and in some past seasons, way beyond that, simply because there’s no medical precedent for that sort of survival sitation with the lack of food, we cut it down to three or four days.”

However, a contestant’s health might change that frequency during the competition.

“If we hear from a participant, or feel in talking to them, that they don’t feel that they’re doing well. We can check in with them more often,” Witt said.

But the medical checks don’t just increase for one contestant. They change for everyone.

“When we do that, we have to check in with everybody more often to keep it a fair and level playing field,” Witt said.

Also to keep things fair in a competition that’s about isolation, Witt said “we don’t allow the participants to communicate with the medical teams in a way that has anything to do with non-medical things.”

They discuss symptoms and injuries, but “nothing about, Hey, who won the Super Bowl yesterday or Happy Thanksgiving. We try to keep the unnecessary pleasantries away simply to maintain that authentic, alone experience,” he said.

Would Alone ever add camera crews?

Participants on Alone film themselves, leading to a lot of shaky and imperfect footage, and I asked Witt if there was ever a consideration of adding camera crews—especially for this season, since the contestants were not by themselves. (MTV’s Stranded with a Million Dollars, for example, filmed its contestants from a distance so the contestants didn’t interact with camera crews.)

That wasn’t considered for History’s Alone. “I feel like it’s integral, and we’ve never really wanted to do that,” Witt said simply.

The production does, of course, film things other than the contestants, such as the aerial shots of the landscape.

“We have a separate crew that is living in the area where the medical team is, and they’re out shooting flora and fauna in the woods just to add those natural elements in the transitions,” he said.

How much footage Alone’s contestants create

Witt told me that Leftfield’s process for post-production has “evolved over time.”

In the first season, he said, “we were able to get through the footage fairly quickly so we could assess what we had.”

But that changed. “I don’t know if it’s because the future participants had already seen the show or learned what to do and what not to do, we ended up with an insane amount of footage, and it incrementally went up every season—to the point where it was almost unmanageable.”

He said that specifically, “Patagonia was insane in terms of the amount of footage we had. Unreal.”

That meant their procedure had change. “The only way we could keep from bleeding the budget dry was to sit on the majority of the footage and not even start editing it until everything was in house,” he said.

“In season one, we had screeners and loggers and editors all going at once, assembling everything, kind of in real time. But now, our process is to screen and log and get through every ounce of footage,” and then start assembling episodes and editing them.

Listening to fans and welcoming criticism

“I, and everyone who works on it, are just grateful for the fan base, and also the participants who trust us and trust the network to tell their stories as we do,” Witt told me.

He added that not only do producers appreciate feedback, but feedback from fans can affect the show.

“Honestly, it’s very helpful for us to read feedback from people like you and fans who are watching because those things—whether people realize it or not—do find their way into how we produce and edit every season. It’s appreciated,” he said. “Any sort of criticism that’s constructive, keep it coming, because it helps us make a better, more authentic show.

Season 5 and its location

While there isn’t yet a confirmed renewal, the production is currently looking for locations, and assuming it returns, the new set of contestants will definitely not be on Vancouver Island or season three’s location of Patagonia, Argentina.

“The series is dong well enough that we currently have boots on the ground scouting new locations that we’ve never been to before and significantly farther away than anywhere we’ve been before—some pretty dramatic foreign landscapes,” Witt said.

And just to confirm: “It will 100 percent be somewhere new,” he said.