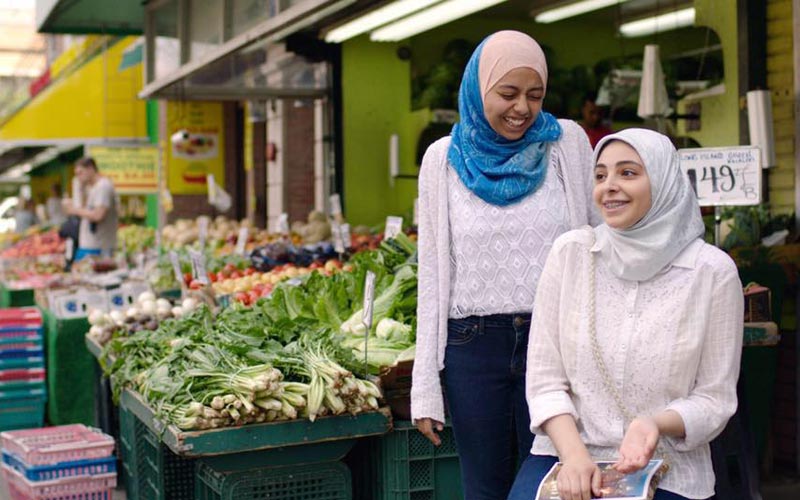 A scene from the Facebook Watch show Humans of New York: The Series.

Facebook officially launched Watch for all users today, providing a place for you to spend more time on Facebook instead of leaving for other sites, such as Netflix.

The social network behemoth described this as “a platform for all creators and publishers to find an audience, build a community of passionate fans, and earn money for their work.”

The platform includes some shows from linear television, such as MTV’s scripted comedy Loosely Exactly Nicole, and others come from brands that Facebook has partnered with and/or is paying to create content.

It also includes a lot of unscripted and reality TV, from documentaries to animal shows to a dumb prank series.

Some shows are listed but don’t yet have episodes, such as Kitchen Little, on which kids tell professional chefs (including Richard Blais, Amanda Freitag, and Curtis “Ugh” Stone) how to cook.

Of the reality shows that I previewed below, there are several thematically similar shows, especially ones that follow sports teams or animals.

Alas, none of them are doing anything different or special for the medium; the major difference from, say, a cable reality show and these is the length of episodes, which tend to be short, or as long as a half-hour series without commercials. (Alas, commercials pop up in the middle of some of the shows—ads are fine, but there don’t seem to be actual ad breaks, so it’s just like a random pause in the middle of the content.)

So right now, at least, Facebook Watch is simply another place for content: for viewers and for creators.

Below are initial, quick responses to the first episodes of 11 new series. Some of these I look forward to watching more and perhaps reviewing in-depth; others, not so much.

Returning the Favor, starring Mike Rowe in another series that celebrates people who are helping their fellow human beings. Rowe profiles them—and, of course, surprises them somehow. It’s a Mike Rowe show through and through, from its focus to the crew of the show being an on-camera presence, so if you like him, you’ll like this.

Titletown, TX, is the product of an entire football season that journalists spent with a high school football team. The Aledo High School Bearcats, which are seeking their sixth title in just eight years, were followed by Fort Worth Star-Telegram and the McClatchy Video Lab journalists. It’s dramatic documentary storytelling.

Hala Madrid goes behind the scenes of the world’s most-popular soccer/football team, Real Madrid. It’s narrated by Orlando Bloom and is similar to HBO’s Hard Knocks: beautifully shot, often intimate, though it is not as fully formed as that series, perhaps owing to the short, 10-minute-ish episodes. Some shots are point-of-view cameras attached to players, which is an unnecessary flourish until the players start practicing, and then it’s pretty cool.

Humans of New York, a series based on Brandon Stanton’s insanely popular book. Each of its episodes include multiple stories of people who live in New York: just simple, straightforward interviews with people.

Bae or Bail, from A&E, on which people prank their significant other and see if that person bails on them or not. You know, healthy relationship stuff. It’s nothing new, and has force-fed interview lines and badly written voice-over that make even the few minutes before the reveal drag. The only thing the show has going for it how quickly it ends.

Big Ideas with Little Kids, which teaches little kids—and, of course, adults like us who are watching—about complicated subjects. It’s like watching a class, and the simplified information is nice. The kids, as kids do, make it entertaining, such as one who suggests that aliens also have DNA. The kids also get bored, so they have a snack break mid-episode.

Ball in the Family, a family reality series that follows LaVar Ball, his wife, and their three sons, including Lonzo Ball, who plays for the Los Angeles Lakers. They’re a family full of personality and perfect for reality TV, and this show follows the formula to the number, alternating between playful and emotional, though its editing often has frenetic energy.

The Great Cheese Hunt is explained by its title, but its first episode feels like a rejected Travel Channel pilot.

Fiona Show, which comes from the Cincinnati Zoo and follows a baby hippopotamus, which the description says “is the smallest hippo ever to survive.” There’s lots of commentary from zoo keepers and footage of her birth in the first episode.

Life According to Esther consists of brief episodes about a 650-pound pig who’s already a social media star. They’re somewhat meta, with Esther’s owners talking about things like picking out costumes. I suppose if you’re interested in Esther, this would be of interest.

Virtually Dating, from Conde Naste, on which strangers go on a blind date. In virtual reality. They’re scanned, then they put on gear and interact with each other, seeing each other only in a computer-generated space.

Most of the footage is in the virtual reality space, though we also see them in real life, too, wandering around an empty room. They seem to be having fun, and it can be goofy; it’s less fun to watch. The VR just seems superfulous.