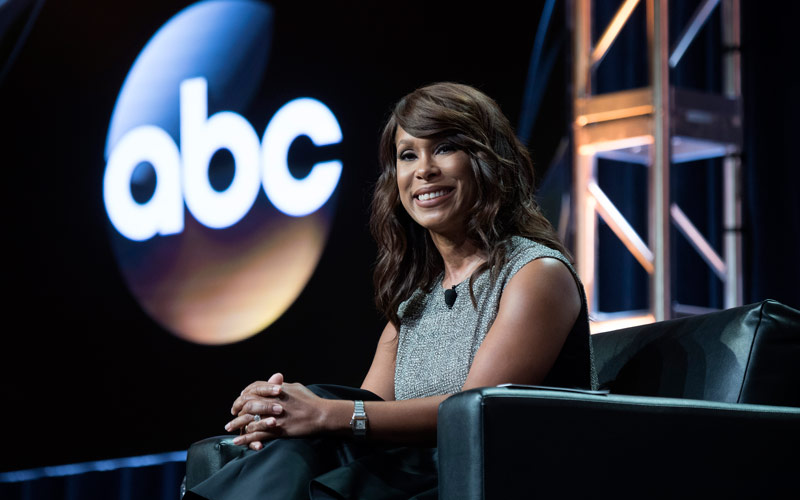 ABC Entertainment President Channing Dungey is thrilled to take credit for The Bachelorette Rachel Lindsay, but wouldn’t answer some specific questions about Bachelor in Paradise during a Sunday press conference at the Television Critics Association’s summer press tour.

First, in her opening remarks, Dungey praised The Bachelorette:

“I sat in this chair a year ago, and I made a commitment to having either a diverse Bachelor or Bachelorette on that series very soon. And I’m very proud. I think that Rachel Lindsay, as our first African American Bachelorette, has had an incredible summer. The fans love her. The season has been fantastic.”

She was also willing to take responsibility for this Bachelor in Paradise promo—or at least acknowledged the intent was vastly different from the reception. NPR’s Linda Holmes asked if Dungey had “any regrets about the promotional strategy” for BIP, and Dungey said:

“We were never looking for a way to sensationalize it. What we were looking to try to do was to—as I was saying earlier, the Bachelor Nation is very engaged. So there’s nothing that happens in that universe that they are not completely up to speed with.

The promo in question did not refer to the alleged incident at all. It actually was comprised of a bunch of tweets from Bachelor Nation who were expressing their potential disappointment that there wouldn’t be a season and then the joy that there would be.

We thought that it was cheeky and funny and sort of in line with the show. However, the response told us otherwise, and then we pulled it.”

I was curious about what’s changed on set, so I asked:

Andy Dehnart: Can you be specific about what changed on Bachelor in Paradise on location after production [resumed], and why that stuff changed if the investigation found that nothing happened?

Channing Dungey: What I do think—and this is actually a great question for Warner Bros., because they are, more in the day-to-day on all of this. But in terms of all of the conversations that we’ve had with them, it certainly has brought to light some safety issues that we want to make sure that we are more on top of moving forward in terms of making sure that our contestants are safe and protected at all times.

And it’s always a good when something like this happens, it’s a little bit of a wake up call to really make sure that we have all of the right processes in place, and I think we feel very good that we do.

Dehnart: Does “safety” mean alcohol, or something else?

Dungey: Just generally making sure that everyone who is participating in the shows are safe and in good hands.

Deggans: Why hasn’t ABC or Warner Bros. said exactly what happened in that incident and why they concluded there was no wrongdoing?

Dungey: That’s really more of a question for Warner Bros. than for ABC. They were the ones that conducted the investigation and have all of the detailed information about that.

Because she obviously wasn’t willing to answer, and because she told us to ask Warner Bros., I did.

The response I received from Warner Bros. said:

“Thank you very much for checking in but we will politely decline to comment.”